Save Ace from Execution (failed)

Oars the Continent Puller (either father or grandfather)

Little Oars Jr. is a character in the anime and manga series One Piece. He was a massive giant, much more massive than a typical giant by at least three times, who was the Captain of his own Pirate crew, the Little Pirates, a descendant of the Oars seen on Thriller Bark, and an ally of the Whitebeard Pirates, one of Edward Newgate's many adoptive sons. He's close friends with Portgas D. Ace, who made a Kasa hat for him, and because of this was willing to risk his life to protect him from execution at the hands of the Marines, which led to his death. It's clear that he is the third giant in his family called Oars, due to his pirate flag saying Oars III, but its' unknown if the other Oars on Thriller Bark was the first or the second to carry that name.

Little Oars Jr. is a giant who is extremely tall, (about 124 feet, to be exact), and extremely muscular, wtih black eyes, green skin, extremely long, thick, orange hair, long, white horns protruding out of either side of his head, and a necklace made of small skulls strung around his neck.  He also sports a black, open indument that looks like a jacket, samurai-like armor plates protecting his chest and back, linked together by chains, and a loincloth with a mimetic pattern on it which looks like the Marine's battleships' hull and which is held up by a fur-lined belt. He carries around a gigantic sword fitting his size, with a large blade and a long hilt. 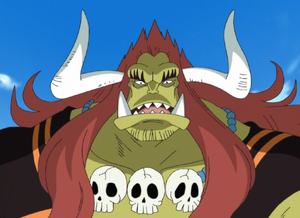 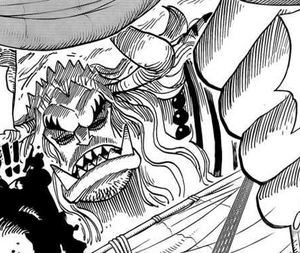 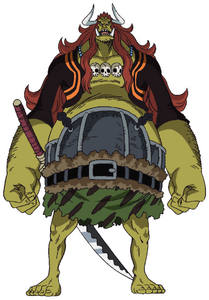 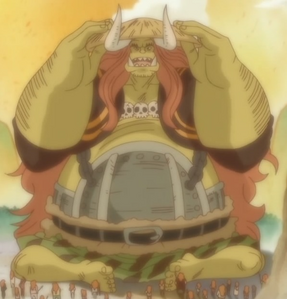 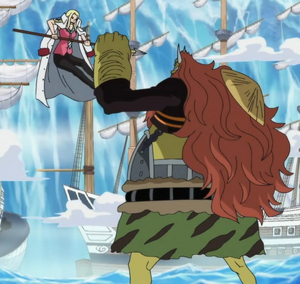 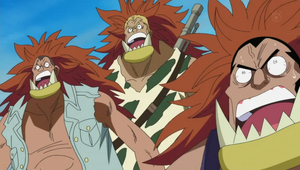 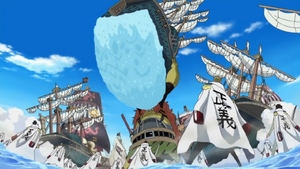 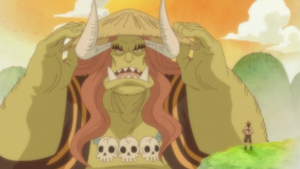 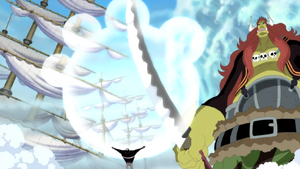 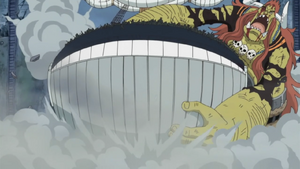 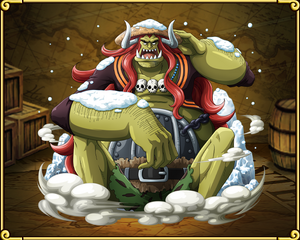 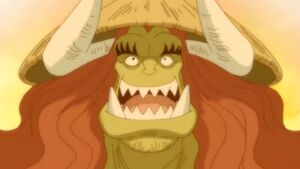 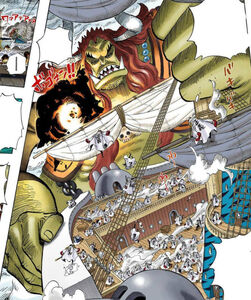 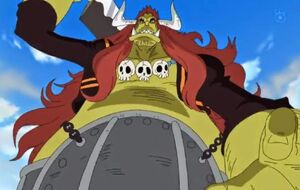 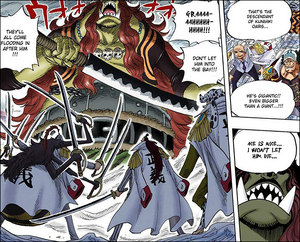 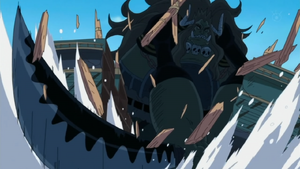