Superhero, Member of the Justice Friends

Living Bullet is a character from the TV show, Dexter's Laboratory, as well as the Justice Friends segment. He is a parody of Iron Man with The Flash and Quicksilver's superpowers. He was voiced by Tom Kenny.

Living Bullet is a yellow, golden bullet with eyes and a mouth.

Living Bullet is an magnanimous superhero who intends to help his allies save the planet from threats. He is also a loving family man, as shown in Krunk's Date.

True to his name, Living Bullet is as fast, if not faster, than a speeding bullet, moving and appearing from place to place in the blink of an eye. His movements are so fast that his scenes can barely contain a single frame of his movement. With such amazingly sonic speeds, he is likely the fastest member of the Justice Friends, if not the fastest being in the world. Like a bullet, he is also tough as metal and can push foes with great force and survive crashing into concrete buildings and pavement. 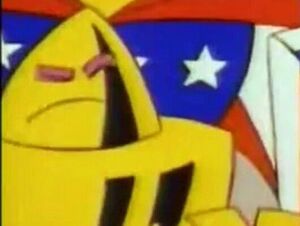 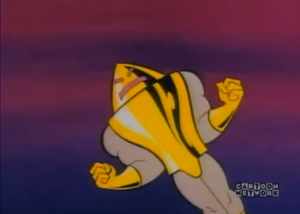 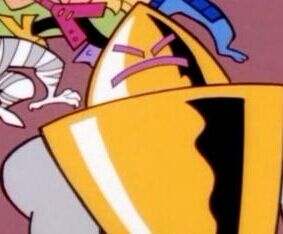 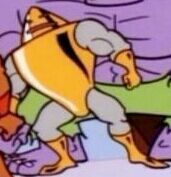