Defeat the Enclave
(both succeeded)

The Lone Wanderer (b. 13-7-2258) is the main protagonist of the video game, Fallout 3. He or she was voiced by Jake Howard, son of Todd Howard, but only as a one-year-old; it is unknown who voiced the Lone Wanderer's pain sounds as a teen.

The Lone Wanderer was born on Tuesday 13th July, 2258, under the Jefferson Memorial building in the irradiated ruins of Washington D.C. They were brought to Vault 101 by their father James after his/her mother Catherine died from cardiac arrest, due to child birth complications.

The Lone Wanderer spent their entire life in the vault. They even befriended the Overseer's daughter, but after their father left the vault without permission, disproving the idea that the vault had been permanently sealed, he/she was forced to flee in order to escape the Overseer's wrath.

After departing the vault, the Lone Wanderer travelled across the Capital Wasteland, defeating villains and helping those in need. Eventually, they went to find their father, making friends with some others along the way, such as their loyal hound Dogmeat, the supermutant Fawkes, Three Dog, and others.

The Lone Wanderer looks like their father. They can be Asian, African-American, Caucasian, or Hispanic. The Lone Wanderer can be female or male, and can come in a variety of different appearances.

They can wear just about any outfit in the Capital Wasteland, and use just about any weapon, with the effectiveness based on his/her skill in its category.

Upon leaving Vault 101 in an attempt to discover the whereabouts of their father, the Wanderer makes their way to the nearby settlement of Megaton. In Megaton, the Wanderer disarms a live atomic bomb in the center of town, gaining the respect and admiration of the residents. After speaking with the Sheriff, Lucas Simms, the Wanderer eventually makes their way to Moriarty's Saloon, where they speak to the owner, Colin Moriarty. The Lone Wanderer learns from Moriarty that they were not born within the walls of Vault 101, as they had been told their whole life, but had instead, been born out in the Capital Wasteland.

After dealings with Moriarty, the Wanderer moves to the next location where their father had been, Galaxy News Radio (GNR). When emerging from a subway into Chevy Chase, the Wanderer gets ambushed by a group of Super Mutants. Shortly after, the Wanderer meets up with a Brotherhood of Steel squad, lead by Sentinel Lyons. Working with the squad as they make their way to GNR, the Wanderer takes a 'Fat Man' weapon, and uses it to help fend off a massive, Super Mutant Behemoth. When entering the Building, the Wanderer meets Three Dog, the GNR radio host. Three Dog offers the Wanderer information of where their father went, but only after taking the dish from the Virgo II Lunar Lander in the D.C. Museum of History, and using it to restore the previously damaged radio signal of GNR. Three Dog then tells the Wanderer that their dad went to Rivet City, to see the scientist, Doctor Li.

When the Wanderer goes to see Doctor Li, they discover that their father moved on again, this time to the Jefferson Memorial. Before entering the memorial, the Wanderer finds that it has been occupied by Super Mutants. When the memorial is cleared, the Wanderer listens to some audio logs from their father. They learn that he returned to work on Project Purity, an attempt to build a water purifier that could purify all the water in the Tidal Basin. They also discover that their father went to Vault 112 in order to speak with Stanislaus Braun, a scientist who had worked on a tool known as the Garden of Eden Creation Kit (G.E.C.K.).

With their father, the Wanderer makes their way to Rivet City to recruit Doctor Li for Project Purity. Li reluctantly agrees to come, along with some of her workers. The entire crew work diligently on restoring the project, but then the Enclave arrive while the Wanderer drains some intake pipes. After making their way back to the control room, fighting Enclave soldiers along the way, the Wanderer witnesses their father interacting with the Enclave's second-in-command, Colonel Autumn. Autumn demands that the Wanderer's father relinquish control of Project Purity to the Enclave. Instead the Wanderer's father sacrifices himself by flooding the control room with lethal levels of radiation, preventing the Enclave from taking control. The Wanderer takes all the surviving scientists through the Taft tunnels in order to escape the Enclave.

They make their way to the Citadel, the Brotherhood of Steel's base of operations. Using Pre-war computers from the Citadel, the Wanderer finds a vault that was given a G.E.C.K., Vault 87. They attempt to enter Vault 87 through some caves known as Little Lamplight, as the entrance was heavily irradiated. Little Lamplight however, was occupied by many little kids. Mayor MacCready, refused to allow the Wanderer entrance until three of their residents returned safely.

After saving Penny, Sammy, and Squirrel, from slavers at the nearby Paradise Falls, the Wanderer Gains entrance to Little Lamplight, and enters Vault 87. Fighting their way through many Super Mutants, the Wanderer meets a captive Super Mutant with a capacity to think beyond that of his brethren. This Super Mutant, Fawkes, agrees to grab the G.E.C.K. from it's irradiated chamber if he is freed. The Wanderer frees him, then gains his help in fighting the other Super Mutants. Fawkes gives the G.E.C.K. to the Wanderer, then the Wanderer gets ambushed by the Enclave as they attempt to leave the Vault. Knocked out and unconscious, the Wanderer is dragged away by some Enclave soldiers lead by Colonel Autumn, who survived the radiation of Project Purity's control room.

The Wanderer wakes up inside Raven Rock, inside a containment field, being interrogated by Colonel Autumn. Autumn has the Wanderer meet with President John Eden, where he proposes to the Wanderer to aid in his plan to contaminate Project Purity with a modified strain of FEV. The Wanderer can either convince him with a Speech check, convincing him that he doesn't know what he's doing, can cause him to short circuit with a Science check, or use a self destruct code to destroy Raven Rock.

After leaving Raven Rock, the Lone Wanderer makes their way to the Citadel, where Owyn Lyons is briefing Sarah and Lyons' Pride in preparation for an assault on the purifier. Once informed, Sarah's squad is mobilized and Scribe Rothchild activates Liberty Prime, a large pre-war robot produced for the U.S. Military. Liberty Prime is hoisted out of the Citadel with the use of a crane, as it begins marching down the streets of the DC ruins. With Lyons Pride and the Wanderer following, Prime continues toward the Jefferson Memorial, killing everything in its path.

After entering the Jefferson Memorial, Lyons and the Wanderer make their way back to the purifier. Colonel Autumn will be waiting for the Lone Wanderer and Lyons, where he holds the Wanderer at gunpoint, leaving two options: The Wanderer can either talk Colonel Autumn out of attacking or fight him. Once resolved, the Wanderer is left with activating the purifier which has been damaged; and due to a malfunction, has left the room heavily irradiated. The Wanderer (or Lyons) activates Project Purity, and sacrifices themselves, saving the Capital wasteland and providing purified water for future generations. 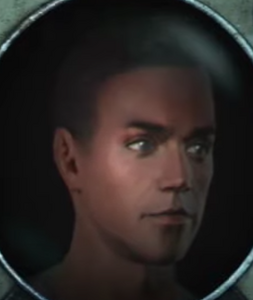 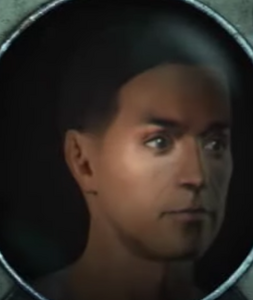 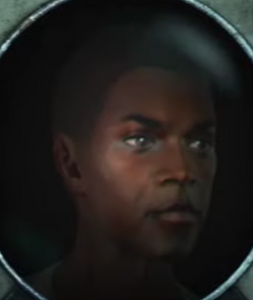 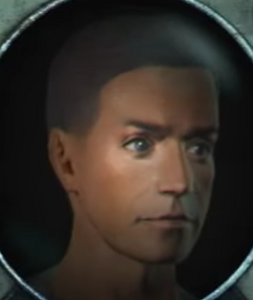 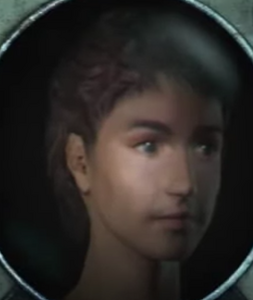 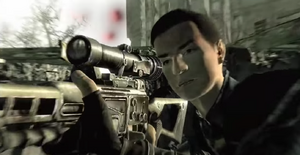 Lone Wanderer in the Fallout 3 trailer. 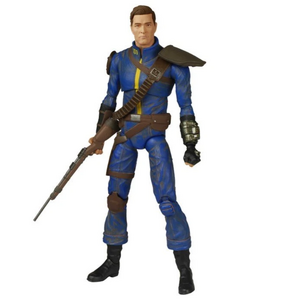