Warning others of disasters

"Long Horses are a heroic Internet-Urban Legend creatures which originated from 2018.

Long Horse appears to be an eyeless and noseless creature that appears to have a horse-skull for a head. Its neck appears to be infinitely long with a black mane all over the neck. It also creates cracking noises when bending its neck.

Interestingly enough, the ancient drawing depicts that Long Horse is the humans' protectors. He is pure harmless, and his goal is to warn humans of upcoming dangers. If a human hears a neck crack or sees a long skeleton neck creature, the message is that a natural disaster will occur, not because of Long Horse, but because of what will happen further on. 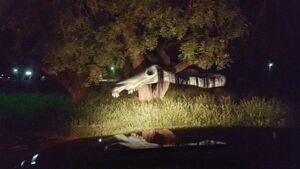 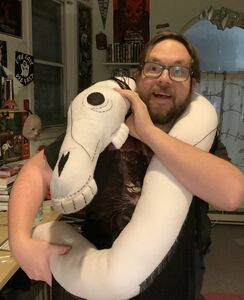 Retrieved from "https://hero.fandom.com/wiki/Long_Horse?oldid=1741851"
Community content is available under CC-BY-SA unless otherwise noted.