Last of the Owl Warriors

Longclaw is the posthumous overarching protagonist of the Sonic the Hedgehog film series. She was an alien owl who served as a parental figure to the film's titular protagonist until Sonic was forced flee from her and from pursuing Echidnas who want Sonic's power for themselves.

She was voiced by Donna Jay Fulks.

Longclaw possesses blue eyes, a white face and she wears golden armor. And Since she is an owl, she can fly ably with possessing strength strong enough to pick a young Sonic with fair amount of agility. Additionally, Longclaw possess rings that has an ability to create portals to other dimensions. It is unknown if rings are forged by her or bestowed by someone else.

Longclaw is loyal guardian who is ready to risk her life for the ones she cares for. Although she cares greatly for Sonic, at times she is dismayed by Sonic ignoring her advice to hide his power due to the youngster's recklessness born both from his youth and his overconfidence with his powers.

In Sonic the Hedgehog, she took care of Sonic. One day when Sonic raced across his island home to bring Longclaw a flower, Lonclaw told him that someone could have seen him but Sonic says that he is too fast to be seen. Longclaw notices the echidnas are around. Echidnas starts attacking by throwing arrows. Longclaw quickly tries to fly with Sonic to escape but echidnas hits her with an arrow. Longclaw gives Sonic Rings that can open portals around the various locations and tells Sonic that the only way to stay safe is to stay hidden. Longclaw opens a portal to Earth and tells Sonic that he should be safe there. Sonic tells her that he doesn't want to go without her but Longclaw tells him that he must. Longclaw tells him to never stop running, Sonic sees Longclaw with echidnas and decides to help her but he was too late. The last thing Sonic heard from Longclaw was her goodbye to Sonic.

Longclaw appears in a holographic message that Sonic activates when his powers suddenly interact with the map she left him. In the recording, Longclaw explains to Sonic about the Master Emerald and reveals that it was hidden on Earth many years ago. She urges him to protect the emerald from those who would try to steal it and tells him that clues to its location can be found on the map he possesses.

In promotion of the film, Longclaw makes an appearance as a playable character in Sonic Forces: Speed Battle. She was added to the game's roster in the version 2.17.0 update.

In promotion of the film, Longclaw makes an appearance as a playable character in Sonic Dash. In this game, she can be unlocked after participating in her event.

In the official prequel comic to the 2022 film Sonic the Hedgehog 2, it is revealed that Longclaw apparently fell to the echidna horde. Her house had been left untouched out of respect and is considered sacred ground. Tails eventually visits the dwelling to learn about Sonic's whereabouts.

Longclaw in the first movie. 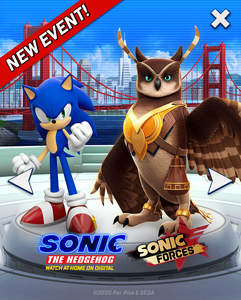 Longclaw on the title screen for Sonic Forces: Speed Battle with the original Sonic. 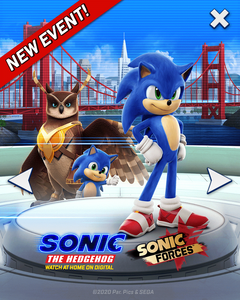 Longclaw with Baby Sonic and Teen Sonic on the title screen for Sonic Forces: Speed Battle. 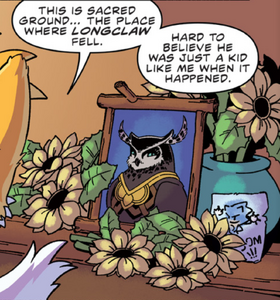