Having fun with her friends

Lua is one of the main characters and the heroine from Kong: The Animated Series. She is voiced by Saffron Henderson, who also voiced Callisto in X-Men: Evolution.

She is the barefoot Shaman of Kong Island and she is also the last of her kind. She knows many secrets on Kong Island and helps Dr. Jenkins with her research as she knows Dr. Jenkins only wishes to help. Because of this, Lua often being target of Ramone De La Porta due her knowledge and her power to active the primal stones. She takes her position very seriously even though she is only at the beginning level, keeping the Island secrets from the group and several times risking her life. She has a pet Smilodon named Chon-Dar. Because being on the island her entire life, she is quite naive of the world. It is obvious she has feelings for Jason, as she always gets jealous when the mention of a past female friend of his comes up or another woman shows interest in him. In the final episode Lua and Jason confess their feelings for each other and nearly kiss, but Kong splashes them before they could. 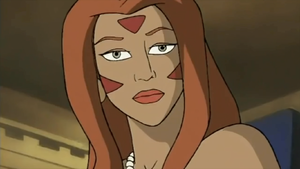 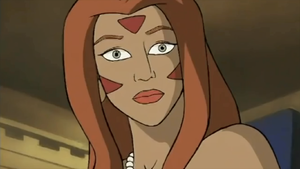