Luann Van Houten is one of the major characters from the The Simpsons. She is one of Marge Simpson's on and off best friends and rivals, she is also Milhouse's mother and Kirk's wife.

She is voiced by Maggie Roswell.

She appears for the first time in the episode "Homer Defind" from Season 3. Later she will become one of main characters for the series.

In the episode "Milhouse Divided" from Season 8, she divorced from Kirk and will pair with Pyro.

In the episode "Little Orphan Millie" from Season 19, she be married again with Kirk. In the same episode, the two are believed to be dead during their honeymoon, but at the end of the episode, you will find that they are still alive and later will be saved.

Luann appears also in the episode "How The Test Won" from Season 20, with all Marge Simpson's Friends at the Book's Club. 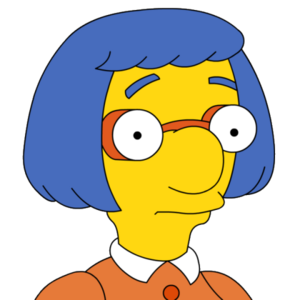 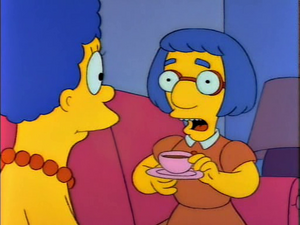 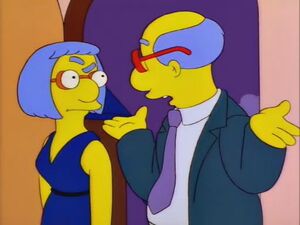 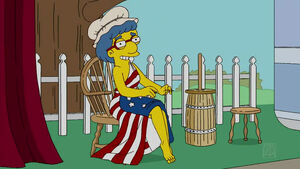 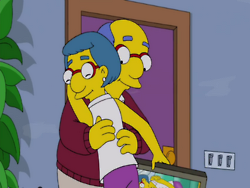 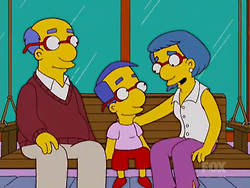 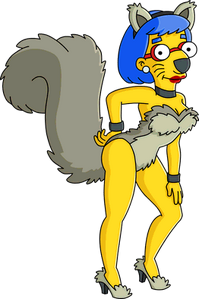 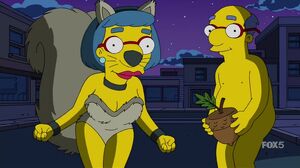