Soldier of the Empire (formerly)
Member of Night Raid

Lubbock is a minor protagonist and member of the assassin group Night Raid in the manga/anime series Akame ga Kill!. He supports Night Raid to overthrow the Government and liberate the country and excels at defending its base and protecting it from intruders. In the city, his cover is as an owner of a bookstore.

Lubbock was a boy with shoulder-length dark green hair, and light green eyes, he wore a pair of red goggles on top of his head. He wears a long green jacket with a fur trimmed hood over a white and red ringer shirt and blue jeans. He wears it with brown shoes. When in battle, he wears his Teigu on his hands.

Lubbock was a happy and carefree boy, as well as a pervert, who likes to spend his day trying to observe the girls during their bath hours, mainly Leone because of the large measure of breasts he has (which always ends up finding him and giving him a beating). Despite this, he was careful not to let this get in the way of battle when fighting women or girls.

Lubbock was incredibly loyal to Night Raid. Undeterred by Syura's taunts and gruesome torture to leak information, Lubbock does not betray Night Raid. He also claims that if he thinks of Najenda, he can withstand any pain. He is also a great trickster tactician, able to use his Teigu to make it seem that he is dead in a fight against Mez and to trick Syura for a chance to retaliate by giving vague information which revealed nothing of value.

Lubbock was the 4th son born into a wealthy merchant family in a region of the Empire, during his childhood, he met Najenda, who had just moved into the region for the time. Falling in love at first sight, he left the life he had to get closer to Najenda and joined the army. Using his talent, Lubbock rose through the ranks to the point where he could serve and be by her side. He would also join her in her defection to the rebellion, even going as far as to risk his life to change the military records of both him and her to K.I.A.

Recently, he has been captured along with Tatsumi in the Imperial Capital in a clever plot engineered by Syura, the Prime Minister's son While Tatsumi's prisoner treatment is being handled by Esdeath, Syura has taken over Lubbock's interrogation, leading to inhumane torture in the most horrid of methods in order to obtain information on the whereabouts of Night Raid's headquarters. When asked about the progress of the torture, Syura comments that Lubbock's eyes are beginning to lose hope, just like with "all the other prisoners" (presumably ones that he'd dealt with in the past). Indeed, when finally left alone for the first night following his first day as prisoner, Lubbock is shown biting his arm to the point of bleeding, with his eyes showing intense distress and his body shaking from head to toe from the trauma. This is later revealed to be an act as Lubbock manages to trick Syura into releasing his from shackles. He then breaks Syura's neck using his trump card and proceeds to escape.

He tries to use Shambhala to escape, but it bugs out and teleports him to the courtyard, where Izou is. Thinking Izou wouldn't cut Shambala, he tries to block Izou's attacks with it. However, Izou says that he is devoted to Kousetsu, and teigu are of no interest to him, and cuts Lubbock in half, killing him.

Lubbock uses a wire Teigu named "Infinite Uses: Cross Tail", which is very strong and has many uses, including offensive and defensive techniques. He is able to use his Teigu to detect intruders who cross into his wires' parameters. He is also able to manipulate the wires forming them into a spear like object, which he uses to impale his enemies. He has displayed an extremely resourceful tactical use of his Teigu, using it like a suit of Armour being the most common use in question. He also tends to plan several moves ahead of his enemies and will adapt well to a given situation even as it changes, such as when he killed two of the Four Rakshasa Demons, a group noted for killing Teigu users themselves. Lubbock is also seen to be great at hand to hand combat, able to dismantle an empire guard.

He has been shown to be good at tricking enemies and distracting them; he claims his Ultimate Technique is his ability to play dead, which he has used multiple times to ambush or escape enemies. It's trump card is that the user can keep the strings in their mouth, this is what enabled Lubbock to attack Syura. He is a notorious cross-dresser when the situation demands it.

Besides the abilities granted to him by his Teigu, he is also proficient in hand to hand combat. He uses this for quick attacks and for when he's fighting an opponent he doesn't even need his Teigu for.

Lubbock's death had a great impact on history, in addition to causing Night Raid to lose a valuable member, it produced an emotional loss in its members. Tatsumi blames himself for his death and later the fury and anger at this causes his Teigu Incursio to evolve, greatly increasing his power. Before dying, Lubbock was able to assassinate Syura creating a great casualty in the Empire and after this he caused the Teigu Shambala to be destroyed taking a valuable artifact from the Empire. 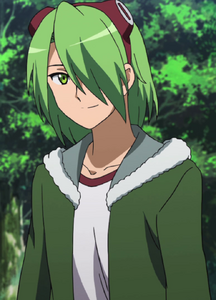 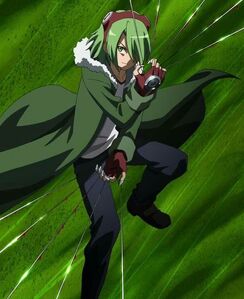 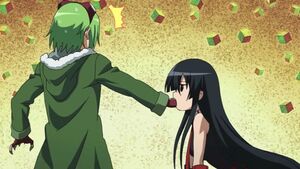 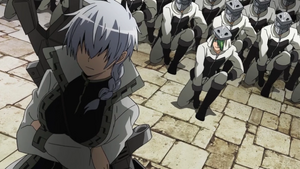 Lubbock under Najenda in the Imperial Guard 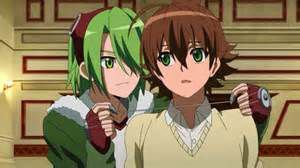 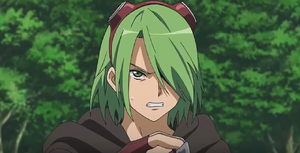