Keep the four holy Arcana relics from falling into the wrong hands.Help Dante in destroying both Arius and the Uroboros Corporation.

Lucia is the secondary protagonist of Devil May Cry 2 who fights alongside Dante. She is a deadly, agile, and noble female devil hunter who fights devils. She is also apart of the Vie de Marli clan called the Protectorate, an ancient order of guardians and fellow devil hunters who protects her home of Dumary Island.

Tall and lithe, Lucia is a deadly beauty with dark skin. She wears her bright red hair in a braid over her left shoulder. The most notable pieces of her wardrobe are her short, white cape, and her exposed midriff.

She is in fact an artificially created demon, crafted by Arius's own hand. The truth of her origin weighed heavily upon her, until Dante's words, "Devils never cry" reinvigorated her spirit.

Lucia lures Dante to her island so that Matier, her mother, may ask him to help them to defeat Arius, a sorcerer and millionaire who has turned their land into a paradise for demons. Matier asks Dante to help Lucia to find the remaining parts of the Arcanas, the four ancient, sacred relics used to seal Argosax away from this world and the artifacts which Arius is so desires for. Dante accepts, and he and Lucia start their quests separately.

Much later, Lucia meets Arius. Arius reveals to her that she is actually a mannequin, like the Secretaries, and was created by him. He says that she was a "defect" and so was about to be disposed of when Matier found her. He also tells her that a mark on her left shoulder - "X" (Chi, pronounced "Kai") - is actually her real name. Then he demands that Lucia gives him the Arcanas that she have already found. After she angrily rejects, he says that "the world is already warped" and that "everything that belongs to the devils will eventually revert to its original form", including Lucia, and leaves her, uncertain about her own future.  Despite this, Lucia continues her mission to find all the remaining parts of the Arcanas. When she gathers them all, she gives Arcana to Dante, asking him to bring them to Matier for her. After that, she leaves to finish Arius by herself, but is unsuccessful and gets captured.

Later Dante comes to rescue her, and gives out all the Arcanas despite Lucia's protests. After Arius and Dante fight, the sorcerer uses his hostage to pull them both out of the building. However, Dante transforms into a devil and they fly to safety. Lucia then asks him why he saved her to which he replies that "every hero has a weakness". There she also meets with Matier, who confirms that they are not tied by blood, but also says that their ties are bound by history and experience, which are much deeper then blood. Then after Lucia thanked her mother for the truth and love, she goes after Dante. Lucia and Dante manage to enter the Uroboros Corporation's skyscraper building. 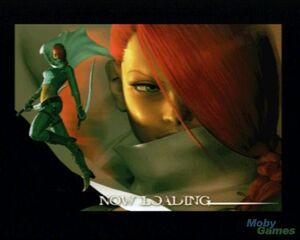 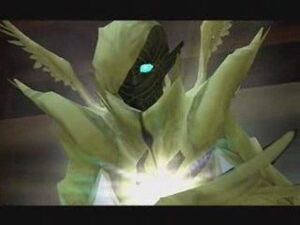 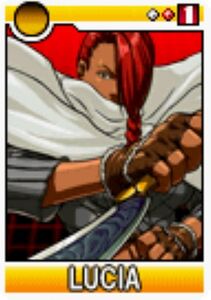 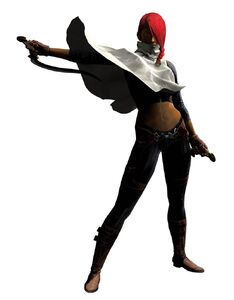 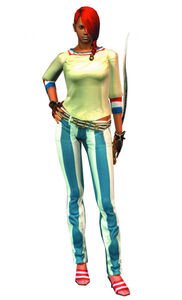 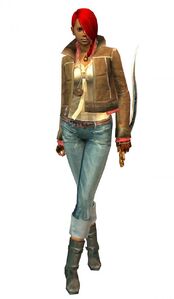