Lucia Morgan is a character from the Final Fight series of beat em' up games. She first appeared in Final Fight 3 as one of the four playable main characters.

She was voiced by Wakako Taniguchi in Final Fight 3 and Rika Tachibana in Street Fighter V in the Japanese version, and by Jeannie Tirado in the English version.

Introduced in Final Fight 3, Lucia is an investigator of Metro City's Special Criminal Investigation Unit, cleared of corruption charges thanks to the help of Haggar. With the help of him, Guy, and newcomer Dean, she fights the Skull Cross gang, who have filled the Evil Power Vacuum after the collapse of the New Mad Gear gang. Her style is a hybrid of self-defense techniques and her own customized Kung-fu.

Lucia is a beautiful young woman with short blonde hair and blue eyes. She has a toned, atheltic build with exceptionally muscular legs.

Lucia is an agile fighter who utilizes kicks in most of her attacks. She has the ability to emmit flames from her feet. Her super move culminates with an impressive and highly damaging flaming kick.

Lucia, as she appears in Final Fight 3. 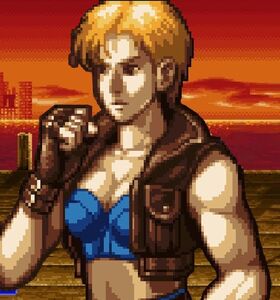 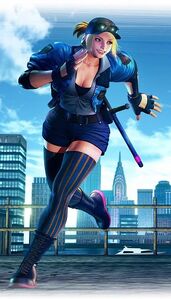 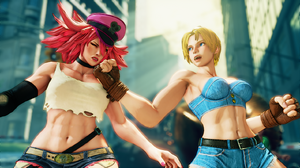 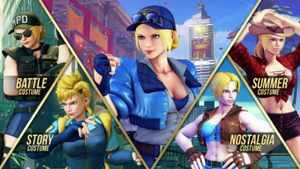