Owner of his nightclub Lux

Lucifer Morningstar, formerly known by his birth name Samael and also commonly known as the Devil and Satan, is the titular main protagonist of the TV series Lucifer.

He is the third eldest angel of God and formerly the infamous Sovereign of Hell after being cast from Heaven following his rebellion. Having grown bored of governing Hell for eons, Lucifer left his position to become the owner of the nightclub Lux in Los Angeles. After witnessing and helping solve the murder of an acquaintance of his, he begins working alongside LAPD homicide detective Chloe Decker to punish sinners where the two of them eventually fall in love. He is also one of the two archenemies of his identical twin brother Michael, the other being Chloe.

He is portrayed by Tom Ellis, who also played his villainous twin brother Michael.

Originally, Lucifer was known as Samael, the Lightbringer, though he eventually became better known as Lucifer. He was thought to be God's favorite angel. When Lucifer rebelled, God cast him out of Heaven, tasking him to be the ruler of Hell and to punish the souls of deceased sinners for eternity. Lucifer reluctantly ruled Hell for many eons, gaining a fearsome reputation. He became known by many names, including the Devil, Satan, Abaddon, and Belial.

In 2011, Lucifer decided to retire from ruling Hell and moved to Los Angeles. He had his demonic ally, Mazikeen, cut off his angel wings, signifying him leaving his old life behind. Lucifer then opened the nightclub Lux with Maze's assistance.

By 2016, Lucifer had settled into a hedonistic lifestyle in Los Angeles revolving around running Lux and making Faustian deals with various people in various industries in exchange for favors. But then one night he witnessed the murder of a close acquaintance. Lacking faith in the LAPD, Lucifer inserts himself into the investigation, working with homicide detective Chloe Decker.

After the case is solved, Lucifer decides to continue working with Chloe as an LAPD civilian consultant.

At the start of the "Pilot", Lucifer is pulled over for speeding. After bribing his way out, he continues to his nightclub, Lux. Later that evening, burnt-out singer Delilah visits Lux to see Lucifer, who advises her to clean up her act. As he walks her down the street, Delilah is gunned down by a low-level drug dealer.

Lacking faith in the LAPD, Lucifer takes matters into his own hands and follows up on some leads of his own, which inevitably causes him to cross paths with detective Chloe Decker, who had previously interviewed Lucifer about the shooting. Lucifer convinces her to allow him to accompany her on the investigation through use of his powers, though she remains oblivious to his true identity.

The investigation leads the duo to Delilah's producer, who reveals he had her killed to benefit from skyrocketing sales of her album after her death. In desperation, the producer shoots Chloe (having just previously been shot by her) and tries to shoot Lucifer but being immortal, the bullets have no effect on him. Lucifer picks up the producer by the neck turns him to face the mirror and vows to punish him severely, leaving his fate ambiguous. Lucifer later visits Chloe at the hospital. Amenadiel confronts him about the consequences of his desertion.

Mostly, he is arrogant and selfish sometimes. Mostly he doesn't care about anyone, as the devil or Satan that is what he is labeled as on the outside. But deep down and just by looking at him, he is not a jerk or evil as he would appear. He is loyal to people and wants to help. Mostly he usually shows remorse about the mistakes he made and redeems himself.

He really does care about people and wants to help. He really cares about Chloe Decker even though he met her daughter. Mostly he usually doesn't care about children, but he does care about her daughter and any kid. Because of his act, he doesn't want anyone to know he is a nice guy. He has highly intelligence, excellent detective skills and get people to tell the truth by looking at him. He is also good at hand to hand combat.

He is very wise a lot of times and sticks up for somebody. Mostly this is his redemption, to prove to his father that the devil that he is not evil as he thought he is.

One thing is very true about Lucifer. If he cares for someone, his wrath is a moment away should they be threatened in any way. Notably, Chloe being in danger makes him angry enough for his eyes to glow. When God got pistol-whipped and experienced fear for the first time, Lucifer became angry to the point he beat up the attackers for harming his father. When it comes to family, Lucifer does love them; having sunk into a destructive drunken stupor after killing Uriel to save his mother and Chloe.

Lucifer's love for Chloe was the first time he let himself feel vulnerable, and truly at peace and happy for the first time in his existence. This feeling grew strong enough that he subconsciously desired a child of his own with Chloe. Thus resulting in the concept of his daughter Rory. Meeting his future daughter, Lucifer was aghast to hear he had been absent her entire life; as he would never wish to inflict the same pain God put him through. Though Lucifer came to love his daughter all the same, keeping his promise to ensure the time loop stayed even if it meant sacrificing being part of her childhood.

The full extent of Lucifer's powers are not currently documented, here are the powers that he has displayed so far: 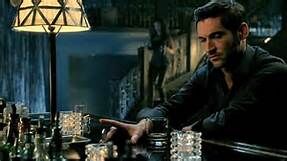 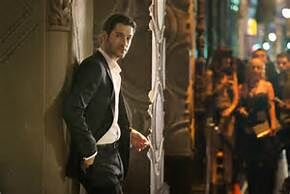 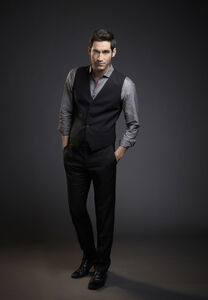 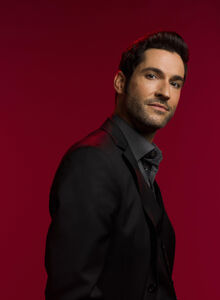