Lucius Fox is a major character in The Dark Knight Trilogy. Throughout the trilogy, he works for Wayne Enterprises and is an old friend of Thomas Wayne. He helps Bruce Wayne obtain advanced technology from Applied Sciences, a scrap zone for failed projects. Later, he is appointed to become CEO of Wayne Enterprises by Bruce and privately furthers research in Applied Sciences.

He was portrayed by Morgan Freeman, who also portrayed Vitruvius in The Lego Movie and Ellis Boyd "Red" Redding in The Shawshank Redemption.

Lucius Fox was a research head and a friend of Dr. Thomas Wayne who was demoted by Wayne Enterprises CEO, William Earle to overseeing the supplies of Wayne Enterprises' aborted research projects and prototypes in the Applied Sciences Division. Upon returning to the business, Bruce Wayne struck up a fast friendship which allowed him to all but recruit Fox as his armorer for Batman's activities. Fox proved invaluable in that role, even when he was fired by Earle. Among other things, he supplied Bruce with the materials that became the Batsuit and the Tumbler. In addition, Fox provided the cure for Scarecrow's fear gas.

Regarding Bruce's identity as Batman, Fox told Wayne: "If you don't want to tell me exactly what you're doing, when I'm asked, I don't have to lie. But don't think of me as an idiot." At the end of the film, Bruce gained majority control of Wayne Enterprises' shares, and made Fox CEO.

In The Dark Knight, Fox was obviously aware that Bruce was Batman- at one point conversing with Bruce in the Batsuit- and actively participated in a support capacity as Bruce's armorer, and provided him with additional equipment such as the Batpod and a new Batsuit that was designed for more efficient mobility. In addition, Fox participated in his employer's vigilante activities both in the Bruce Wayne's Warehouse (Batcave) and in the field as his technical assistant and reconnaissance expert, and used his professional duties as cover. Fox eventually learned that Bruce had expanded on sonar technology and developed an advanced surveillance system that could listen in and track the movement of any of the thousands of cell phones in Gotham, but, to ensure that the system was not misused, Bruce designed it so that only Fox could control it. Since that essentially contradicted everything that Bruce believed in, Fox agreed to help but said that he would resign if the machine was not destroyed after The Joker was defeated and captured. After the Joker was apprehended, Fox entered a code (his own name) as instructed by Bruce, which activated a self-destruct function for the system, and Fox continued to work under Bruce.

Fox was surprised to hear of Bruce's emergence from hiding, and offered to take him on a guided tour of the Applied Sciences Division. He showed Bruce the new vehicle, The Bat, and dropped a hint to Bruce that Batman may still be needed.

After Bruce lost his fortune and seat on the Board of Directors of Wayne Enterprises, Miranda Tate (who was really Talia al Ghul) became the new CEO and chair of the board and replaced Fox. Fox's role became Company President.

Following Bane's takeover of Gotham, Fox was coerced into unlocking the nuclear reactor in Wayne Enterprises with his fingerprints by Bane who held fellow board member Douglas Fredericks at gunpoint, which thereby enabled kidnapped nuclear physist Dr.Leonid Pavel to prime the reactor and turned it into a functioning weapon. Fox later attempted to deactivate the Nuclear Bomb, but Talia activated the flooding mechanism and he was forced to leave the chamber. After Bruce's "death", Fox attended his funeral service alongside Alfred Pennyworth, Commissioner James Gordon, and John Blake. Sometime later, Fox learned about the software patch that Bruce used to fix the auto pilot in the Bat. Fox was once again head of Wayne Enterprises and began the process of rebuilding it back in a thriving company. 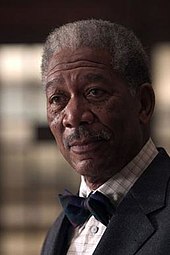 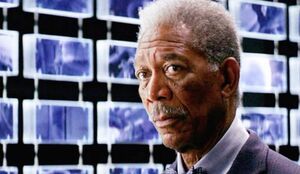 Lucius Fox in The Dark Knight. 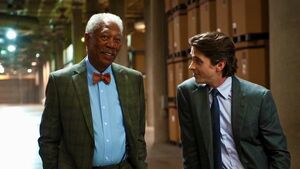