Lucky Chloe (ラッキークロエ Rakkī Kuroe?) is a character in the Tekken series, who is introduced in Tekken 7 as one of the new playable characters

As a child, Chloe's parents took her to a Expo and exposed her to the Japanese Idol culture and since then, she has always wanted to be an Idol. With her good looks, she set out on being the world's best Idol and named herself Lucky Chloe.

Donning her cute costume, she went out to show the world her dance moves and put other pros to shame. She quickly became world famous when her dancing became viral on internet video sites.

Lucky Chloe has received both criticism and praise from fans due to her appearance and personality. The backlash against her was so vocal, however, that it prompted Tekken producer Harada to jokingly remark that she would be replaced in the North American version by a bald, muscular skinhead and that she would be exclusive only to the East Asia and Europe regions. However, some gaming news publications reported it as fact, leading to Harada clarifying that those tweets were a joke and Lucky Chloe is playable in all regions. 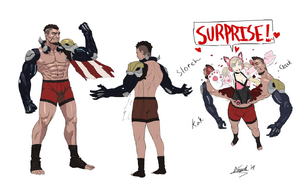 Sorry for how we complained. Here's a replacement character that will please the west. Oh wait... 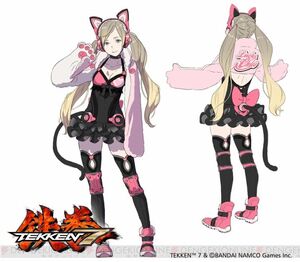 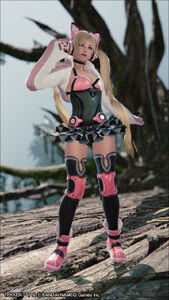 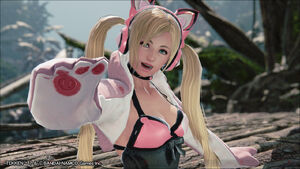 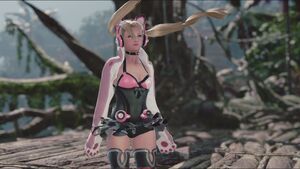 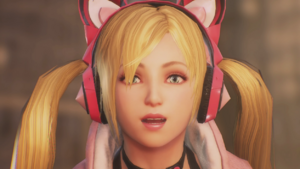