Becoming real stars someday when they grow up.

Save Mario, the cosmos and the entire universe from the black hole by sacrificing themselves (Super Mario Galaxy).

Magical Aliens
Lumas are supporting characters in Super Mario Galaxy and its sequel. They are the adoptive children of Rosalina. They look like real stars, but unlike real stars, they have a rain drop-like shape, come in many colors and can even talk. The Lumas are all very friendly and assist Mario during his quest to gather the Power Stars and the Grand Stars.

Lumas have the ability to transform, from minor planetoids to entire galaxies, and according to Rosalina, some Lumas can even transform into Power Stars. They call Rosalina their mother. Most of them make their home with her in the Comet Observatory, and others live on Starship Mario following their leader Lubba.

They are voiced by Yuya Takezawa. 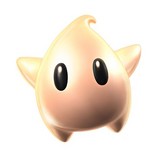 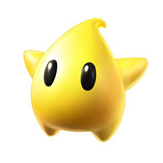 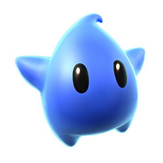 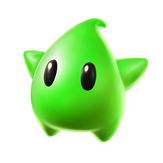 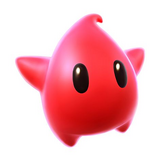 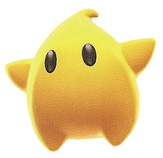 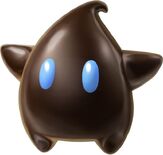