Able to see into people's futures

To perform the Flight of Spring

Loyal Fairy
Lumina is a character in the 2007 animated film, Barbie Fairytopia: Magic of the Rainbow. She is a moon fairy. Lumina attends a fairy school at the Crystal Palace to learn how to summon the first rainbow of Spring. She was the student of Amethyst, one of the guardians.

Lumina is first seen when Bibble flies into her room. She is there trying to tell Shimmer, a mean and selfish fairy, about her future. Shimmer then turns round and looks at Elina, who says 'Hi!' and then says 'I'm Elina and this is Bibble!'. Shimmer then folds her arms and says nothing, turning back around. She tells Elina that she's not interested in uninvited guests.

Lumina then suddenly jumps and tells Shimmer she sees something, and it's something to do with Elina... She turns towards Elina and says 'You!'. Elina looks startled and Lumina walks towards her telling Elina she's made a horrible mistake and that she see's terror, tragedy and doom coming for her. She suddenly snaps out of it and introduces herself. She tells Elina that she is psychic after Lumina inquires.

Shimmer then barges infront of Lumina and tells Elina she should be the one that's sorry, and she came to have her future read and not have to listen to hers, and rudely tells her to get out of the dorm. Without listening to anything she has to say, Shimmer shuts the door on her.

Lumina possesses all the standard powers and abilities of a fairy. However, as she is a moon fairy, she can read futures.

She is shown to be a paranoid young woman who has cryptic inklings about the future, usually involving negative and distressful situations. She was considered strange and somewhat creepy when she told Elina and Bibble that there would be terror, tragedy, peril and sadness in their futures, but explained her powers to them which clarified why she behaved like that. Shimmer seems to be very attached to her, as she was rude to Elina for "interrupting her future being read".

Lumina has blue hair. The upper part of her hair is tied in a small ponytail and the lower part is braided and pulled to the right side. She has blue eyes and white skin. Lumina's wings are shaped like crescent moons and has little stars on them. She wears two necklaces, the bigger one has a crescent moon shape and the smaller one has a star shape. She wears a blue off-shoulder dress with a pattern the same as her shoes and arm pieces. The dress has a sash around her waist with a star. The dress reaches to her knees and has a light blue layer on top. 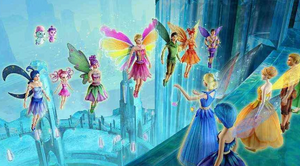 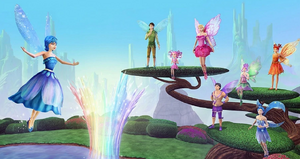 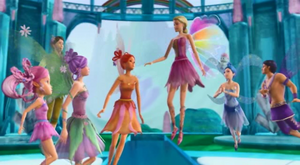 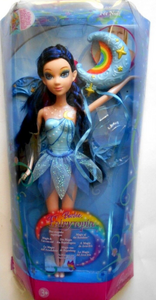 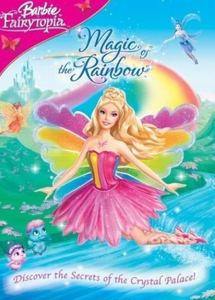 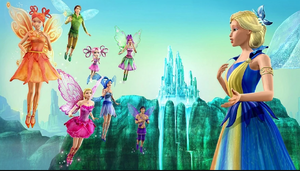 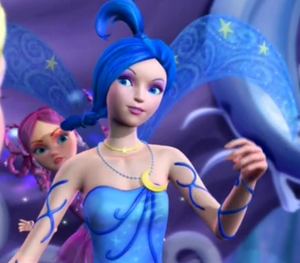 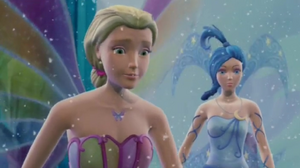 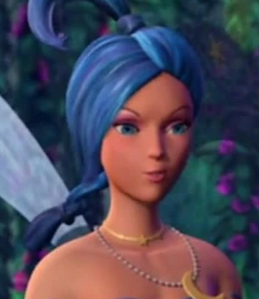 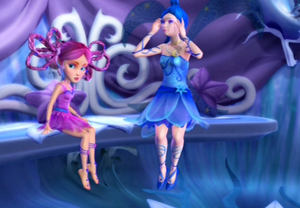 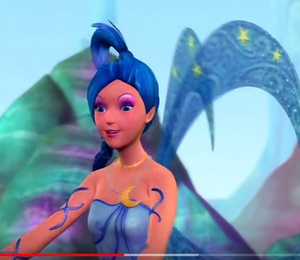 Retrieved from "https://hero.fandom.com/wiki/Lumina_(Barbie)?oldid=1766488"
Community content is available under CC-BY-SA unless otherwise noted.