Honoring her Jedi and cultural traditions

Caring for her apprentice

Save the Republic and Jedi Order by ending the Clone Wars

Luminara Unduli is a female Mirialan Jedi Master who has served the Jedi Order for many years and she is the master of her ex-padawan, Barriss Offee who framed Ahsoka Tano for nearly bombing the Jedi Temple. With her matching robes and facial tattoos she and Barriss are an unmistakable duo during the Clone Wars and served as a Jedi General.

Born on the cold, dry world of Mirial, Luminara Unduli joined the Jedi Order at a young age. Reaching the rank of Master, she selected fellow Mirialan Barriss Offee as her apprentice. Tens years after the Battle of Naboo, Unduli attended a meeting with her fellow Jedi speaking with the Supreme Chancellor on the matters of the Separatist Crisis.

When Master Obi-Wan Kenobi uncovered a massive Separatist military plot, he altered the Republic before being captured by the Separatists on Geonosis. At that time Offee's skills had grown enough for Unduli to trust her Padawan in combat and both Jedi joined Mace Windu's Jedi task force and launched a rescue mission. The Mirialan Jedi served as members of the vanguard during the Battle of Geonosis.

Unduli fought against Count Dooku's droid soldiers and Geonosian soldiers in the execution arena. After a fierce battle, she is one of the handful of Jedi still standing when Jedi Master Yoda arrives with the newly created clone army of the Republic to rescue them. Unduli boarded a gunship with Jedi Masters Shaak Ti, Saesee Tiin and led clone troopers into battle.

As the Clone Wars erupted, Master Unduli accepted the command rank of Jedi General and took control of the 41st Elite Corps of the Grand Army of the Republic, working closely with Clone Commander Gree. Early in the war, Unduli commanded a Republic task force during an altercation with the Separatists' new war machine, the Malevolence that was attacking medical centers hosting injured clone troopers and others.

Later after the Battle of Geonosis, Unduli took her Padawan to a secret Jedi Temple on the icy world of Ilum where the pair traveled there to complete Offee's final lightsaber. During the constructing ceremony the Master and Padawan were attacked by cloaked droids where the pair held off the droids until the mines placed by the droids exploded sending great boulders of rocks on top of them trapping the Jedi. Eventually the pair was rescued by Master Yoda with aid from Naboo Senator Padme Amidala.

During the Clone Wars, Unduli led an escort team to bring Separatist Leader Viceroy Nute Gunray to Coruscant for trial. Luminara was joined by Anakin Skywalker's Padawan Ahsoka Tano who were ambushed by Sith Acolyte Asajj Ventress and a battle droid squad who had arrived to rescue Gunray. Unduli dueled Ventress but suffered an eye injury and Ventress managed to escape with the Viceroy.

Luminara later returned to Geonosis to help Master Ki-Adi-Mundi destroy a new droid foundry. The Second Battle of Geonosis was long and hard but the Jedi managed to destroy the foundry, but the Geonosian Leader Poggle the Lesser escaped and retreated to a secret temple which Unduli followed and was captured by a mysterious enemy. Obi-Wan and Anakin found Luminara and a secret Geonosian Queen named Karina who wanted to control Unduli's mind but the Jedi fought their way out of the temple and killed the Queen and captured Poggle and left Geonosis.

During the final years of the Clone Wars, Luminara was one of several Jedi Generals dispatched to the Wookiee homeworld of Kashyyyk along with Master Yoda. The Battle of Kashyyyk was in the Republic's favor and managed to end with heavy losses. After the battle, Chancellor Palpatine who had revealed himself to be the Dark Lord of the Sith, Darth Sidious issued Order 66, a command ordering all clone troopers to kill their Jedi commanders. Unduli was surrounded by her troops when Order 66 was received to the clone troopers, but was taken into custody by the newly formed Galactic Empire after Palpatine destroyed the Jedi Order.

After spending much time in an Imperial prison on the planet of Stygeon Prime, Luminara was then executed by the Grand Inquistor who then held her remains which were then used to lure Jedi survivors into traps so they could be killed.

When former Jedi Padawan Kanan Jarrus and his rebel cell saw a transmission of Luminara being alive and held hostage by the Empire, they mounted a mission to rescue Luminara, with Kanan wanting Luminara to teach Ezra Bridger the ways of the Jedi as he felt insecure about his abilities to teach Ezra.

The rebels infiltrated the prison on Stygeon Prime, with Kanan and Ezra leading the search for Luminara. They found the cell she appeared to be held in, where they saw a physical manifestation of her. Kanan could sense her presence, but something about it felt wrong. Luminara's physical manifestation (in reality a hologram) soon disappeared into a case on the wall, which contained her corpse. The Grand Inquisitor then revealed himself and attempted to kill the two Jedi, but the rebels were able to escape. After escaping from the Inquistor, the experience helped give Kanan the motivation that he could train Ezra himself. Kanan then resolved to spread the word that Luminara was dead in order to prevent any surviving Jedi from falling into the Grand Inquistor.

31 years later, Luminara was among the dead Jedi who spoke to Rey during the battle of Exegol, telling the girl to "find the light" before she confronts and destroys the resurrected Darth Sidious once and for all.

Unduli was a Mirial Adept, a warrior who has perfected her combat skills. She had been seen in action during the Clone Wars on worlds such as Ilum, Nadiem, Geonosis, and Kashyyyk.

Luminara Unduli was known as a Jedi Master of great patience, bravery, compassion, and discipline and was held in great esteem by her colleagues. She was able to keep a cool head in any situation, even when about to be forcibly infected with brain worms, and was never known to show anger or even raise her voice. Though confident in her abilities as a Jedi, she greatly underestimated the prowess of the assassin Asajj Ventress and was only saved by the timely arrival of Ahsoka Tano, whose advice she had disregarded. However, she was humble enough to admit her mistake and was genuinely thankful to Tano for rescuing her. Unduli was also humorous on occasion, at one point stifling a snort of laughter at Anakin's "simple logic" approach to dealing with droids, and when she requested that some strategic planning be saved for her so she didn't feel left out. 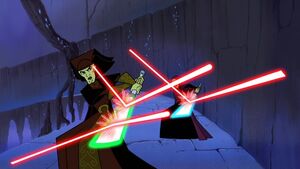 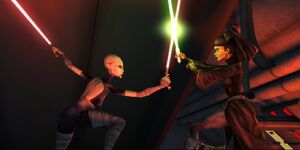 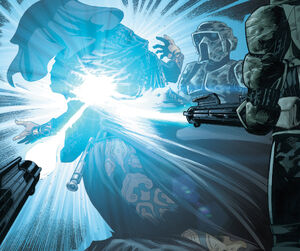 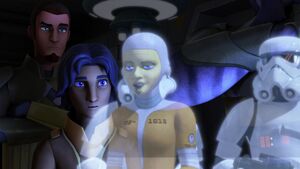 A hologram of the supposedly alive Luminara being held captive by the Empire. 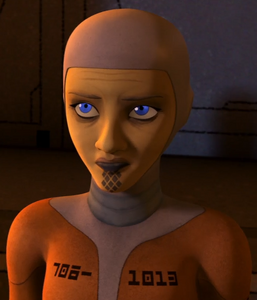 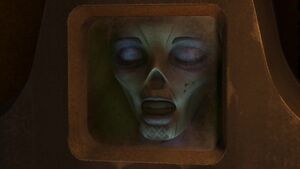 Luminara's corpse, revealing her true fate of Order 66 was issued. 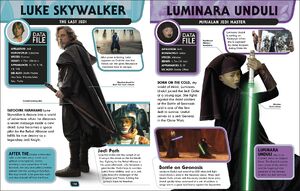