Help Kim and Gang-il to protect the world.

Luong is one of the heroes from The King of Fighters series.

Luong is a mysterious and beautiful woman who uses the fighting style based on TaeKwonDo.

Luong has a seductive personality and an elegant appearance and attitude. While she likes to "play" with her opponents and is excited about the battle. Luong met Gang-il during her tour of the world and fell in love with him.

Outside the battle, she showed less indifference, but showed her love for Gang-il and his star student Kim, which made the latter frustrated because he was already married to the child.

Luong is a seductive woman of elegance. but she can shows less of her cold side and rather shows affection towards Gang-il and Kim. 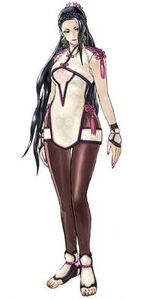 Luong in The King of Fighters XIV. 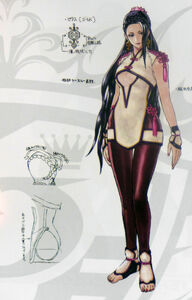 Luong from The King of Fighters XIV artbook. 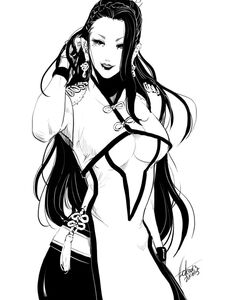 Retrieved from "https://hero.fandom.com/wiki/Luong?oldid=1621621"
Community content is available under CC-BY-SA unless otherwise noted.