To train Ferdinand to be a bullfighter (formerly).

Lupe is the deuteragonist of Ferdinand.

She is voiced by Kate McKinnon, who also voiced Stella from The Angry Birds Movie, Jillian Holtzmann in the Ghostbusters reboot, and Ms. Fiona Frizzle in The Magic School Bus Rides Again.

Lupe is an elderly, small goat with short, grey horns, a short tail, long, black eyelashes, big, warm, dark amber/brown eyes, crooked teeth and an underbite. She has a short, orange coat with cream fur on her underbelly and snout.

She wears a silver whistle with a green rope tied tightly into place around her neck.

Lupe is neurotic, occasionally brash and sometimes loud. Her job is as a calming goat, but she sometimes has to calm herself. She is also known as likable, understanding, pushy (occasionally), eccentric, supportive, silly, emotional, sassy, reliable, chatty, friendly, lively, confident, headstrong, determined, intelligent, pleasant, attentive, nurturing and dramatic. She is very supportive. 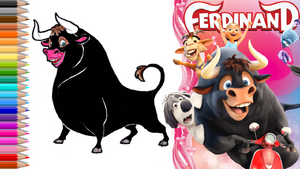 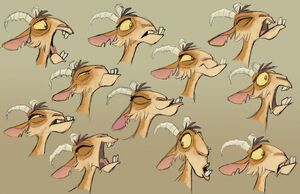 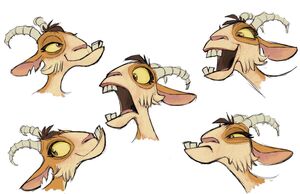 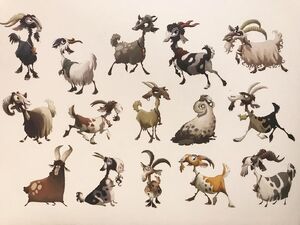