Help Ethan Hunt from the IMF

Luther Stickell is the overall deuteragonist of the action spy film series Mission Impossible. He was a disavowed agent who joined Ethan Hunt's team in 1996 to steal the Non-Official Cover List from the CIA headquarters in Langley, Virginia. After Hunt used the list to expose a mole within the U.S. government, Stickell went back to being an IMF agent. From now on, he was consistently chosen as part of Ethan Hunt's IMF team. He is Ethan's confidant and long time friend within the IMF.

He is portrayed by Ving Rhames.

Luther John Stickell joined the Impossible Mission Force (I.M.F.) at an unknown time (knowingly before Hunt) and he was the agency's computer specialist. Luther would later become an disavowed agent and went into the shadows against his former employers.

After Ethan Hunt learned there was a mole in the IMF and the N.O.C list was faked, he needed a team of operatives off the grid to clear his name. Hunt enlisted disavowed agents Luther and pilot Franz Krieger alongside Jim Phelps' wife Claire. Stickell is chosen as "Cyber-Ops" for his reputation as a well-known hacker and phreaking. Reluctant at first, Luther is baited into the hack when Ethan played to Stickell's ego, selling the job proposal as "The Mount Everest of hacks". Posing as a team of firefighters putting out a small blaze within the building, the rogue IMF team breaches the Central Intelligence Agency and infiltrates the main computer mainframe via a remote computer terminal at the CIA Headquarters at Langley, Virginia. In order to gain access to the floor with the N.O.C List, Luther hacks into the building's computer-controlled electrical system, triggering the fire alarm on that floor.

Because of his agility, Hunt performs the physical act of obtaining the information himself but has Luther, in his ear via headset, instructing him on performing the hack. Luther, from the team's stolen firetruck parked outside the building, obtains the password to the terminal by hacking into the CIA's online network from a laptop. After obtaining the list, Hunt discovers that his team leader Jim Phelps not only survived the initial mission in Prague, but also suspected that he is the real mole and the man responsible for framing him, despite Jim's insistence that CIA Director Kittridge was the mole.

After learning this from Ethan, Luther helps him double-cross Claire and Jim together. Aboard a train headed for Paris, the arms dealer called Max (Ethan's buyer of the N.O.C List) and her bodyguard are caught with the stolen data, the CIA drops their case against Hunt and reinstates him, along with Luther. When Ethan and Luther celebrate together at a British pub, Luther proclaims he's "The Flavor of the Month", indicating that the CIA is now treating him like royalty thanks to his help. At the same time, he muses that he's "gonna miss being disreputable" as he is no longer in hiding and incapable of the illegal computer activities he was privy to performing before he was reinstated. Before going their separate ways, Hunt smiles and tells Luther that, if it makes him feel any better, he will always see Luther in that light.

In 2000, Ethan recruits Luther with IMF Agent William Baird to help in his mission to stop his former IMF colleague, Sean Ambrose, from releasing a deadly virus (designated, "Chimera" after the mythological beast) in Sydney, Australia. This time around, Luther utilizes a GPS tracking satellite to keep tabs on Nyah Nordoff-Hall, a GPS-bugged mole they have planted inside of Ambrose's residence which doubles as a base of operations for his men. As the mission progresses, Ethan enlists Nyah to lift a memory card containing information on the virus from Ambrose's left jacket pocket, so that Luther can analyze the virus and its capabilities. Luther also provides Ethan with an entrance to a biological lab in the city of Sydney through a jammed-open vent on the roof by hacking into the building's computer-controlled electronics system. During the infiltration of the building, however, Luther is nearly killed when one of Ambrose's men plants a bomb on the underside of the van Luther is using as an observation station in an attempt to trap Ethan in the building without a second pair of eyes to get him out. Luther manages to escape just in time with only some cuts and bruises but finds that his main laptop is damaged in the bombing and that the rest of his computer equipment has been destroyed.

After repairing it, he eventually assists Ethan in infiltrating an island complex where Ambrose is selling the virus. Luther helps Ethan find his way around once the fight moves above ground, but backs off when the helicopter he and Billy are in comes under fire by Ambrose's operatives. Later, Luther uses his laptop to locate Nyah wandering and heading to the cliffs and he and Billy picked her up in order for her to be brought to Ethan's position. He eventually injects Nyah with the cure for the virus (named, "Bellerophon" after the symbolic Greek hero who managed to slay the Chimera according to myth).

Luther reunites with a semi-retired (and about-to-be-married) Ethan Hunt to help rescue Ethan's kidnapped protégé, Lindsey Farris. Luther partners with agents Zhen Lei and Declan Gormley. Along with being Ethan's usual "second set of eyes" and manning his routes through the building from a van, Luther also activates and utilizes remote-controlled sentry guns in order to cause chaos and confusion so that Ethan doesn't have to bother taking out several armed and alert men under pressure. Despite the team's effort, Farris dies from a small explosive that was implanted in her head. As the mission was unauthorized by Executive Director Theodore Brassel, he comes down hard on the team. Afterwards, Ethan comes across a microdot that was sent to him by Farris before her untimely death. He immediately consults Luther about it, but Luther finds that the microdot contains nothing, much to Ethan's dismay. Luther gently prods Ethan for reasons why Farris would send Ethan a blank microdot, let alone anything at all, eventually implying that Ethan slept with Lindsay. When Ethan tells Luther that Farris is "like his little sister", Luther skeptically asks, "And you never...SLEPT with your little sister?" Nonetheless, Luther continues to be of assistance to Ethan, helping him abduct the man responsible for kidnapping Lindsay, Owen Davian. On top of providing his usual computer navigation, Luther also assists Ethan by providing him with a latex mask and specially-encoded voice patch so that Ethan can imitate Owen Davian.

On their way to bring Davian to the authorities, Luther finds out that the microdot Agent Farris sent is not blank, but that the data was merely hidden and encrypted. The "data" is in the form of a video file shot by Lindsay in which she tells Ethan that she has found out that Brassel is a mole and has been leaking IMF data to Davian.

Things take a turn for the worse when the convoy is attacked and Davian gets rescued, Ethan's fiancee is kidnapped by Davian's men and Ethan and Luther are briefly separated when the a group of IMF agents, believing that Ethan is the one who was behind the attack, apprehends Ethan. Luther is reunited with Ethan in Shanghai after Musgrave allows him to escape and, once again, becomes his eyes, helping him to steal the "Rabbit's Foot", the mysterious object and escape the building in quick order, musing, "Langley was a cakewalk compared to this." However, that's the extent of Luther's help as Ethan is instructed to bring the Rabbit's Foot to Davian alone. He doesn't meet with Ethan again until the mission is over and everything is settled.

Reuniting with Hunt in Seattle

Luther has never participated in Ethan and his team's mission to stop a Swedish-born Russian terrorist Kurt Hendricks. Eight weeks later, Luther reunited with Hunt in Seattle after the latter stopped Hendricks. Ethan introduced Luther to Jane Carter, Benjamin Dunn and William Brandt. Hunt told Luther he'd cover the charge for their drinks as Luther was reaching into his pocket. Luther replied that he knew and flipped him off before leaving. 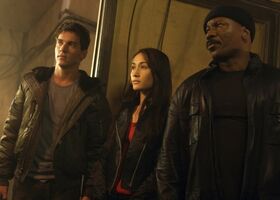 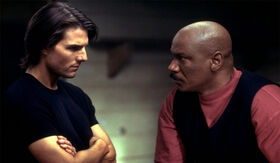 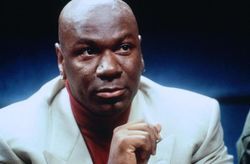 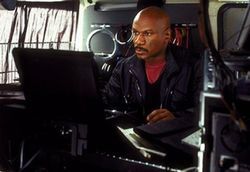 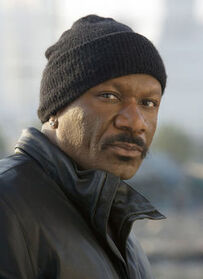 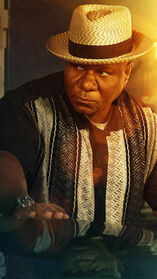 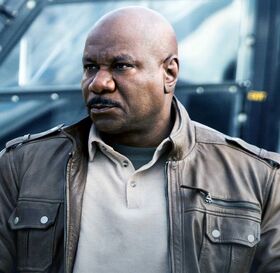 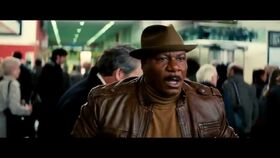