Help Yoshika protect the World from the Neuroi.

Loyal, Wealthy
Lynette Bishop is the tritagonist from the Strike Witches anime/manga series. She is Yoshika Miyafuji's best friend, partner and love interest.

Her pilot archetype is unclear, but is likely one of the children of famed Canadian WWI pilot Billy Bishop, who is the pilot archetype for Minnie Bishop, Lynette's mother. Lynette also has an older sister, Wilma, who is also a Strike Witch, and likely based on Billy Bishop's son, Arthur.

Lynette is the middle child of eight siblings, as she was sometimes overlooked and developed very domestic and practical habits from helping to take care of them. Because of this, she's very domestic and painfully shy. Plagued by occasional clumsiness, she nevertheless strives to do her best. She's a kind, gentle and obedient girl who still seems a bit helpless at times and finds no joy in fighting, but she joined up recently to protect her homeland when she wanted to be of use to everyone. However, she's strong-willed, obstinate and very reliable.

Apologizing seems to be her first knee-jerk reflex. Also, every time the squadron chips in to help prepare for a difficult mission, her suggestion is tea. She's very good at brewing tea, so she's in charge of tea time. She is also good in cooking, especially candies and sweets.

Lynette serves as the squadron's sharpshooter and possesses the ability to control the flight of projectiles to a limited extent. It would also appear she can charge magical energy into the shots to increase their effectiveness. This power (Ballistic Stabilization; lit. "Ballistic Stability") allows her to affect bullets and other objects thrown in flight. 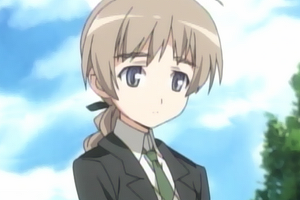 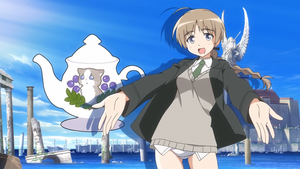 Lynette in the ending credits. 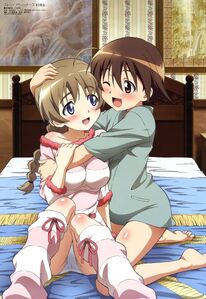 Lynette and Yoshika in their pyjamas. 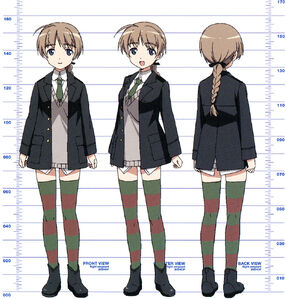 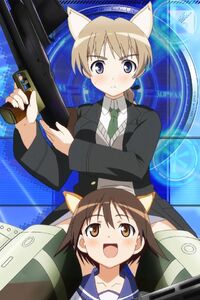 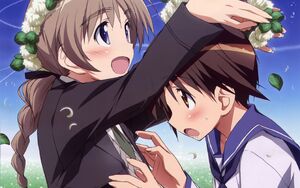 Add a photo to this gallery
Retrieved from "https://hero.fandom.com/wiki/Lynette_Bishop?oldid=2077133"
Community content is available under CC-BY-SA unless otherwise noted.