Heroes Wiki
Register
Don't have an account?
Sign In
Advertisement
in: Articles under construction, Total Drama Heroes, Honorable,
and 20 more

Reality show contestant and a member of The Police Cadets team

Abusing her power and bending the rules

Valentina "MacArthur" Escobar is one of the main protagonists from Total Drama spin-off, Total Drama Presents: The Ridonculous Race, and a supporting character in Total DramaRama.

She is voiced by Evany Rosen.

MacArthur plays the "bad cop" of the duo. She is not above abusing her power into breaking a few rules in order to win. She is known for being an aggressive person as well as being a control freak; when she wants to get something done, she will complete it whatever the cause. This ranges from commandeering a taxi from its driver, to giving a ticket to Sanders for "excessive complaining" and passing gas right in front of her partner. MacArthur is proud of her physical skills and often teases her partner for being weaker than her. Despite this, MacArthur is not without a code of honor as she is still willing to uphold the law. She would never leave a man behind as seen when she carries Sanders on her shoulder several times whenever Sanders is unable to walk. MacArthur starts developing beginning with "How Deep is Your Love"; after her recklessness injures Sanders, she starts putting their friendship above the competition and learns to respect Sanders as a partner rather than an asset. This reaches its pinnacle in "A Million Ways to Lose a Million Dollars" where MacArthur admits Sanders was the tough one while she's the sidekick. A tomboy at heart, MacArthur easily make friends with the Surfer Dudes after they bonded through animal farts and at the same time, dislikes nice and feminine people such as Kitty. She also shown her farting pride when respecting those who farts such as a donkey and later Owen.

MacArthur somehow managed to train herself to smell hidden objects so that she'd be able to catch anyone who tries to smuggle oranges across the border. 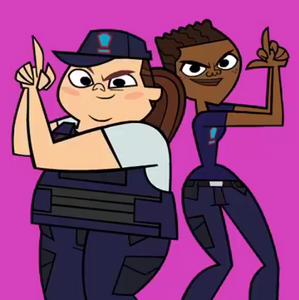 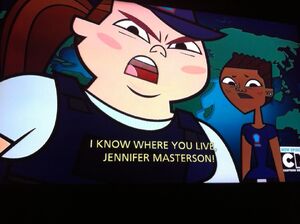 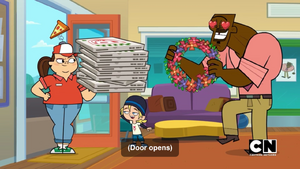