To keep Bloo out of trouble

To stay away from Terrence

Mac is the main protagonist of the Cartoon Network series Foster's Home For Imaginary Friends. He visits imaginary friends all the time. He is an eight-year-old boy who was the original owner of Bloo until he had to give him up at the end to stay at Foster's, as his mother believed that he was getting too old to continue having an imaginary friend. He helps around with Frankie Foster.

He is voiced by Sean Marquette but in Cartoon Network: Punch Time Explosion Grey DeLisle voices him.

Mac is a bright, selfless, creative, and somewhat wimpy kid who created Blooregard Q. Kazoo when he was three years old. Mac is unusually clever and almost always knows what to do when there is a problem. He stands at 3ft 6in and weighs 67 pounds.

He has a keen sense of reason and tends to be the one to settle any mishaps that the imaginary friends (particularly Bloo) end up causing. Mac is usually very good-natured, despite Bloo's continuing antics. No matter what happens to Bloo or any other member of the house, Mac is usually the one to bail them out.

However, he has been known to snap; Mac has a strongly moral personality, and he always avoids doing wrong things, but he is sometimes pushed to do otherwise, almost always by Bloo. That said, he can be very rambunctious and childish when he wants to be, and generally has no problem pulling pranks or messing around with Bloo as long as nobody gets hurt.

Some episodes also have him being more naive and childlike than usual, like "Adoptcalypse Now" or "Fools and Regulations". There is nothing that he loves more than visiting Foster's and spending time with his friends. Foster's creator Craig McCracken said in an interview that Mac was based on his childhood at the age of seven following his father's passing.

Mac's personality goes from very sensible, to a complete lunatic if he eats even the smallest amount of sugar, which is the main reason why his mother won't let him have any. One example of this is in "Partying Is Such Sweet Soiree", in which one drop of heavily-sugared punch causes Mac to go completely crazy.

He disrupted Bloo's wild party by eating sweets and embarked on a quest for more sugar, which included him streaking through town in the middle of the night. He also became 'sugar high' in the episode "Affair Weather Friends", in which he got so mad at Bloo that he decided to eat numerous ice cream sundaes.

In the Halloween special episode "Nightmare on Wilson Way", everyone - including Mac himself - was very serious about keeping Mac tied to a bed in order to keep him from eating candy.

Later, Bloo, thinking everyone except himself and Mac were turned into zombies, escaped the room and obtained some Halloween candy, and since Mac was trapped on a bed and couldn't move, he couldn't stop Bloo from putting the candy in his mouth and he ended up dashing through the house and eventually running in his underwear as he took candy from trick-or-treaters.

He also has a sugar rush in "Race for Your Life Mac & Bloo" after drinking an energy drink, but only ends up running around crazy and not becoming obsessed with finding more sugar. Despite his condition, Mac and Bloo are seen stopping for ice cream on their way to bring Duchess back to Foster's in "Duchess of Wails".

Mac is also seen drinking root beer at the end of "Schlock Star", eating candy in "Squeeze the Day" and "I Only Have Surprise For You", and cookies in "World Wide Wabbit", "The Bloo Superdude and the Magic Potato of Power", and about to eat cookies in "Go Goo Go".

Even though he ate sugar-free cookies in the series finale "Goodbye to Bloo", it is never stated whether his cookies in "World Wide Wabbit", "The Bloo Superdude and the Magic Potato of Power", and "Go Goo Go" were sugar-free. When Mac's sugar addiction was first shown, when Bloo attempted to calm him down using sugar-free gum, Mac exclaimed "IT BURNS US!", in a manner similar to the character of Gollum from The Hobbit and The Lord of the Rings.

Another thing to note about Mac's sugar addiction is that, in his crazed state, Mac experiences a significant increase in speed, strength, and combat skill. This is shown in "Partying Is Such Sweet Soiree" when he ran out of Foster's in mere seconds, and in "Nightmare on Wilson Way" when he rushed through everyone in the whole house, subdued Wilt and Coco in one punch, and smashed Eduardo through the front door before lifting him above his head and tossing him away.

Out of all of Mac's known sugar-rushes, he has eaten large amounts of sugar, but has shown no signs of gaining weight or getting sick.

Mac's sugar rush is his and Bloo's synergy attack in Cartoon Network Punch Time Explosion XL. When they grab an assist pickup and summon their synergy partner Peppermint Larry from "The Marvelous Misadventures of Flapjack", he appears with a barrel full of candy. Mac dives in and eats a lot of candy in seconds. After becoming hyperactive from eating sugar, Mac zips around the stage sending any opponents in his path flying, with Bloo clinging to his back. 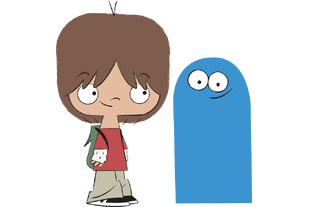 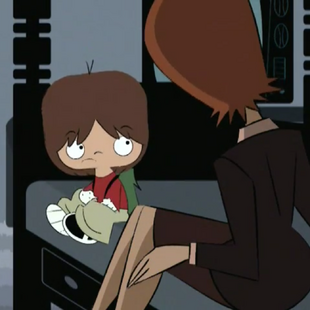 Mac and his mother in "House of Bloo's Part 1". 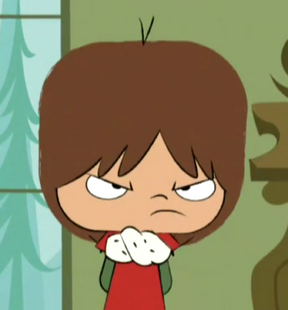 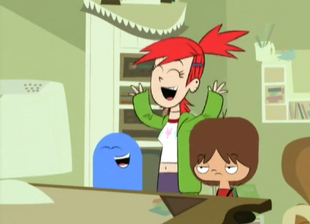 Mac with Bloo and Frankie in "World Wide Wabbit". 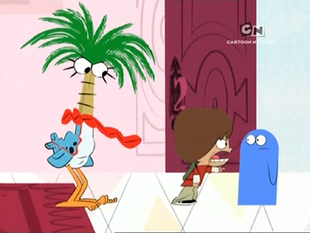 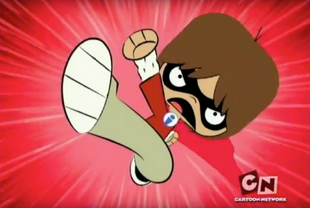 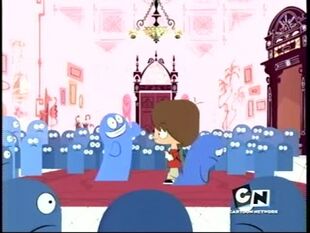 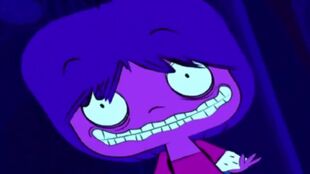 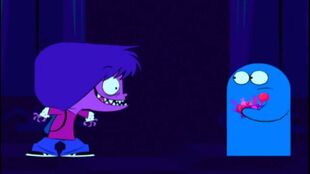 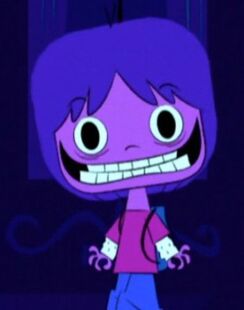 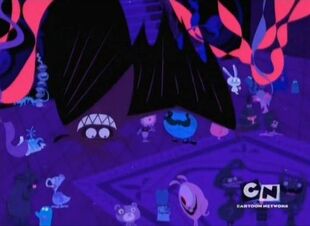 Mac is not seen in this picture here