helping children to use their skills to beat Freddy and Jason

To stop her father, Freddy (Succeeded in Freddy's Dead) and help the children to beat Freddy and Jason once more (Failed since she betrayed them and her death)

Katherine Krueger (Better known as Maggie Burroughs) (born c. 1951) is the main protagonist of Freddy's Dead: The Final Nightmare and was the daughter of Freddy Krueger.

She was portrayed by Lisa Zane and she later reappeared in Freddy vs. Jason vs. Ash: The Nightmare Warriors, in which she was killed by a tank.

She was portrayed by Lisa Zane, and Cassandra Rachel Freil as a child.

Kathryn Krueger was still a little girl when children from the neighborhood went missing and were found dead.

Soon after Loretta learned that down in the basement of the house, Freddy had a secret room where he kept many different tools of torture, newspaper clippings, versions of his famous glove, and more.

Promising that "she won't tell," she was strangled to death by Freddy in front of a 6-year old Kathryn for "snooping in daddy's special work."

In 1966, Freddy was arrested for the murders of the missing children and Kathryn was put into foster care and was later adopted by the Burroughs family. Her records were subsequently sealed and she was moved away from Springwood.

Freddy's search for his progeny

After a decade of slaughtering all the children of Springwood in their dreams, there were no children left.

The remaining adults were kept in a mass psychosis after their children had been murdered. When there was no one left to kill, Freddy sought to leave Springwood— hoping to continue his murder spree in another town, full of more children.

Only one person could arrange for this — his long-lost daughter, Kathryn. He used what was left of his supernatural powers to find his daughter who was now an adult named Maggie Burroughs who was working as a counselor to troubled teens in another city.

Since her mother's death, Maggie was raised by adoptive parents and had suppressed the horrible memories of her early childhood.

After two cops brought John Doe to the shelter, Maggie questioned him, discovered a newspaper clipping with the headline "Krueger Woman Still Missing." and took him back to Springwood to find answers about his past.

Before John Doe died by Freddy's hands, he revealed to Maggie that Freddy didn't have a son. Later, Maggie had a dream of her past about her family which she met Freddy who revealed to her that she was his daughter.

After she woke up, she went home and discovered her adoption certificate. Freddy attempted to sway her to help him do his bidding. Then, she proved that a thirst for murder was not hereditary and schemed with Doc to destroy Krueger once and for all.

After pulling him out of her dream, a small scuffle between father and daughter occurred, which resulted in Maggie shoving a pipe bomb into Krueger's chest, before running away.

After she killed him and released the Dream Demons that had given him his power, Krueger was sent back to Hell. Afterwards, she smiled and replied to Doc and Tracy, "Freddy's dead."

Freddy vs. Jason vs. Ash: The Nightmare Warriors

Maggie has now teamed up with Neil Gordon to help people who have encountered Freddy Krueger and Jason Voorhees.

In the end, Maggie at an unknown point; had become possessed by Freddy who had unlocked her inner darkness. So, because Maggie has become dangerous because of Freddy and Tina is forced to kill her by crushing a U.S. Army tank ontop of her. 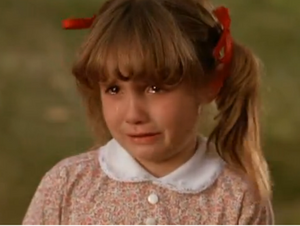 Maggie as a little girl 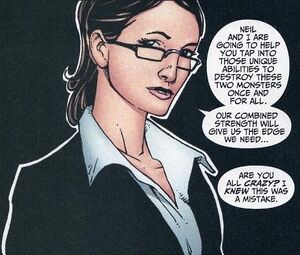 Maggie in Freddy vs Jason vs Ash: The Nightmare Warriors 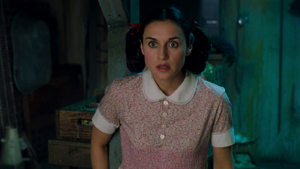 Maggie realize that she's the daughter of Freddy Krueger 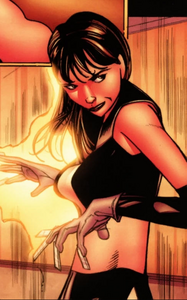 Maggie's Betrayal since Freddy have finally make his daughter into evil 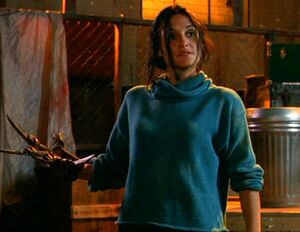 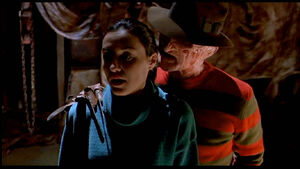 Maggie and her dad