Magneto is a fictional character from Marvel Comics. He is the self-styled "Master of Magnetism" and can control any metal object, as well as fly and manipulate energy. Though he is typically a villainous character and a long-time enemy of the X-Men, Magneto has many times served as more of an anti-hero and has even at times worked with the X-Men against a common threat to mutantkind. Magneto has even spent time as a member of the X-Men and once taught at his old friend, Xavier's school before becoming more militant.

It must also be remembered that most of the time Magneto is working to protect his species and keep them safe from those who would do them harm and on this level is not that different from the X-Men, with their differing approaches being what divides them most of the time.

Nevertheless, Magneto strives to protect the mutant race and for both this and his tragic past many viewers and readers have actually sympathized more with Magneto and argued that he is a heroic figure who does what is required to keep mutants safe from a xenophobic world. It is worth mentioning that the late Stan Lee himself did not actually consider Magneto to be a villain, which only gives further credence to the idea of him being at least an occasional hero.

This does not mean Magneto is the same unambiguously good figure that the X-Men are. The character does lend himself to a certain amount of moral ambiguity, and has ultimately played the role of both hero and villain, switching sides regularly in his unending pursuit of assuring mutant survival at all costs.

In some worlds Magneto has conquered the Earth, in a dystopian future or a post-apocalyptic one, where he treated humans as second-class citizens at best or slaves at worst. On the other hand there have been worlds in which Magneto has been an enlightened benevolent ruler who seized power to save mutant kind and brings about a glorious age, one in which the mutants have usually been the elite.

In many of the worlds in which mutants face extinction at the hands of a racist, genocidal regime (e.g. Red Skull or the Sentinels), it is often Magneto who is the leader and champion of the mutant resistance. He has also sometimes played a role in among the stars in some timelines, either leading mutants into space in an exodus from Earth, as the leader of a spacefaring faction of mutants, or as the co-ruler (with Deathbird) of the Shi'ar galactic empire.

He has even had the opportunity to literally become a god-like being. In one reality he possessed the Cosmic Cube turning the Earth into a utopia where there was peace and prosperity for all, no discrimination or hate, no pollution and a lush environment, and so on. In another one, he seized the power of the Phoenix becoming it's host. 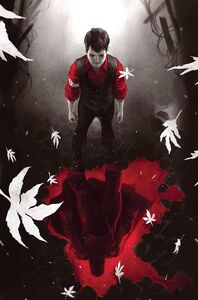 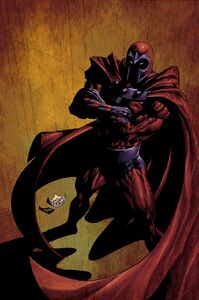 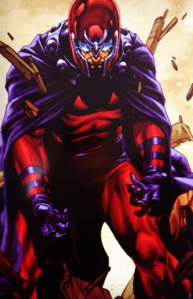 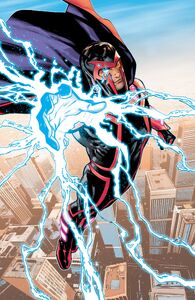 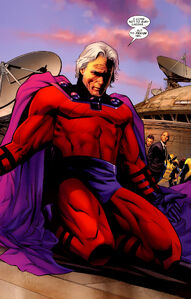 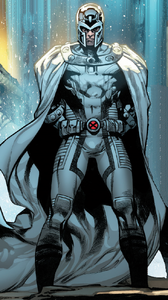 Magneto in House of X. 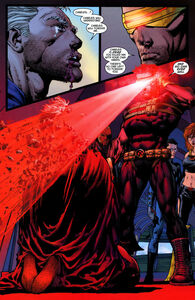 Magneto being killed by Cyclops in the Ultimates comics. 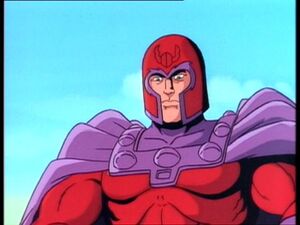 Magneto in the animated series 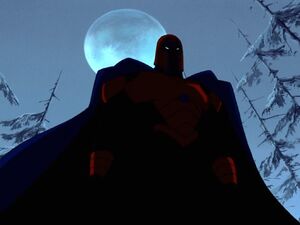 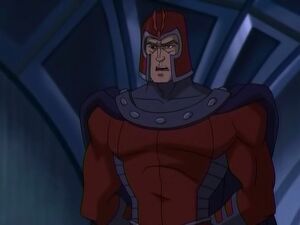 Magneto in Wolverine and the X-Men. 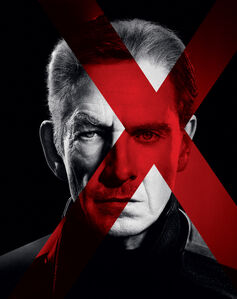 Sir Ian McKellan and Michael Fassbender as Magneto in the X-Men film series. 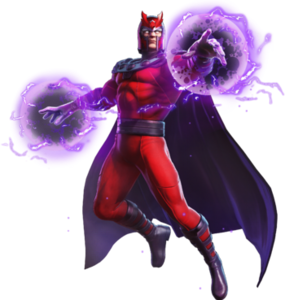 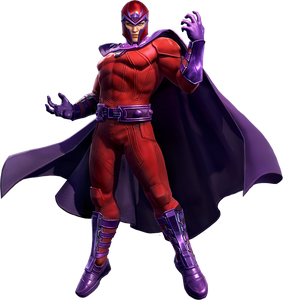 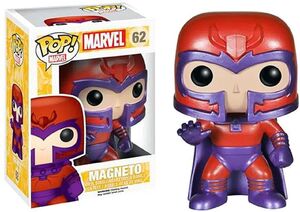 Magneto Funko Pop.
Add a photo to this gallery 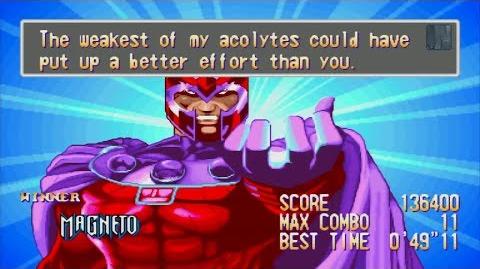 Retrieved from "https://hero.fandom.com/wiki/Magneto?oldid=1922325"
Community content is available under CC-BY-SA unless otherwise noted.