Magnus (マグナ Maguna "Magna") is a character in the game Kid Icarus: Uprising. He is the strongest of the human race and a master swordsman. He used to be close friends with Dark Lord Gaol but now expresses hostility towards her. Magnus fights alongside Pit in Chapter 2 and is briefly playable in Chapter 18, where the player, quite literally, takes control of him. Finally, he appears in Chapter 24 as Dyntos' second trial for Pit, where he and Gaol fight against Pit before Pseudo-Palutena does.

Magnus is no longer as a assist trophy but he appears as a advanced primary attack spirit that increases the user's power on swords attack. His spirit battle is on the omega form of the Coliseum stage against Ike who have increased power on attack and smash attack and has super armor but moves slower. 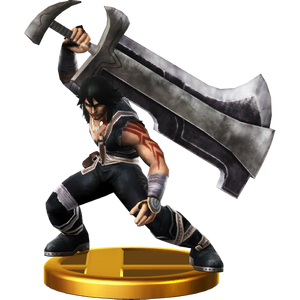 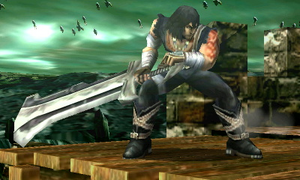 Magnus in Super Smash Bros. for Wii U.