Mai Kawakami is a character from Myriad Colors Phantom World.

She is voiced by Sumire Uesaka in the Japanese Version, Amber Lee Connors in the English Version and Elle Genovata in the Filipino Version.

Mai is a teenage young woman noted to be very beautiful. She stands at a relatively tall height and an average build with a voluptuous, curvy figure and huge breasts. She has long and straight sandy blonde hair with a pink tint at the tips which is usually tied into a side ponytail using a big blue ribbon. She has free-hanging bangs that frame her face. She sometimes wears her hair loose to which it reaches down to her lower-back.

Mai has a lively, upbeat and headstrong personality who is confident in her skills. She is rather active, fit, and strong; often fighting the phantoms using only her legs and sometimes hands. Even as a child, Mai possessed great strength. She is very straightforward and she is the one that will do what she has to even if it’s a bit embarrassing, but she’s also very determined to get into the phantom jobs. Mai is also very kind, somewhat motherly and protective of those she cares about, as she has even earned herself the nickname "Phantom-Hunting Mom". She is very understanding of situations and can sympathize with others.

Mai is also very supportive of her friends but doesn't particularly like people with selfish and rude personalities. She is also very close to Haruhiko Ichijo, but she does enjoy to tease him sometimes. Since she is very confident in herself and skills, Mai will usually take on opponents that she thinks she can handle by herself since she doesn't want to put her friends in danger. But since Haruhiko works well with Mai, the two often ends up working together.

Even though she lives alone, Mai has remained cheerful. She acts like a big sister to Reina Izumi, whom she deeply cares for. She also relates to Haruhiko due to their similar pasts, and she takes care of him when he becomes a young child despite that it pushes her to her limits.

She is a second-year high school student, aruhiko's senior and original partner. She specializes in close combat and her ability consists of channeling elemental powers through her body, such as fire from her heart, earth from her spleen, metal from her lungs, or water from her kidneys. 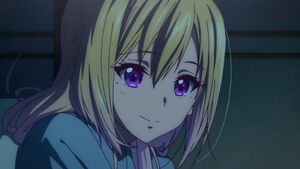 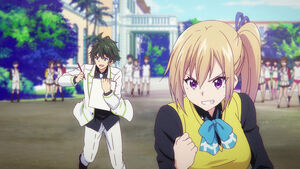 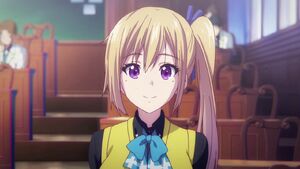 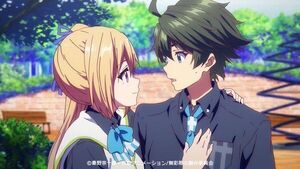 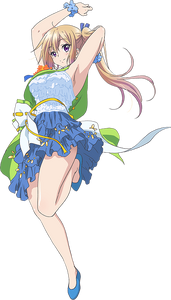 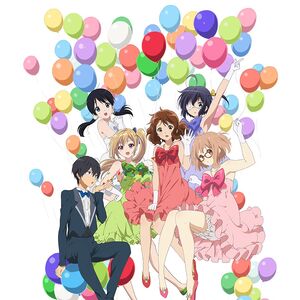 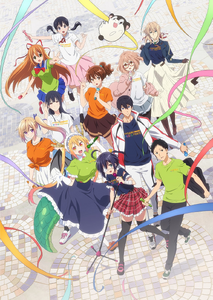