Passionate Martial Artist
Makoto (まこと, Makoto) is a video game character from the Street Fighter series, first appearing in Street Fighter III: 3rd Strike. She is a tomboyish Japanese teenager looking to bring back the glory to her late father's dojo.

Known as "The girl with sheer karate spirit", Makoto is a young Japanese tomboy trained in Rindoukan karate and was raised in the rural Tosa region of Japan. Although she has little fashion sense for a girl her age, she hates it when she is mistaken for a boy. When her father (Masaru) passed away, she inherits the Rindoukan dojo but she never gets any new students. Because of this, she decides to start traveling around the world to make her style famous and attract students. Around her neck, Makoto wears her father's headband that he was known for wearing while teaching Karate.

During the time of Super Street Fighter IV, Makoto's dojo has been floundering and her older brother decided to become a businessman, leaving Makoto to with the task of rebuilding the dojo. She enters S.I.N.'s tournament in order to win money to renovate it. During the tournament, she encounters and fights Fei Long, hoping that the publicity will enhance Rindoukan's reputation. Unfortunately she didn't win any money since the tournament sponsor, Seth, was killed and S.I.N. disbanded. After the tournament, she decides to rebuild her father's dojo by hand and make money the old-fashioned way.

In Street Fighter III: 3rd Strike, she finds Ryu and challenges him to enhance her dojo's reputation. After her fight with Ryu, the publicity attracts a swarm of potential students to her dojo. Unfortunately, she enforces a counterproductive policy and decides to only accept students that are able to defeat her.

Makoto looks quite tomboyish, with aggressive poses and attacks with little to tell that she is even female. She wears a white gi with a yellow hachimaki around her neck that flutters violently to emphasize her theme of velocity. 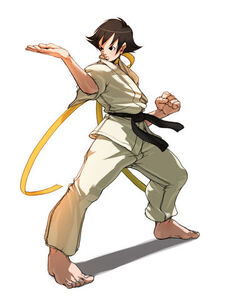 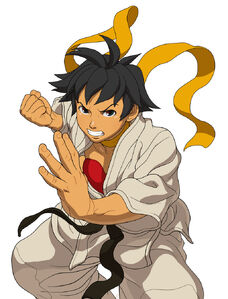 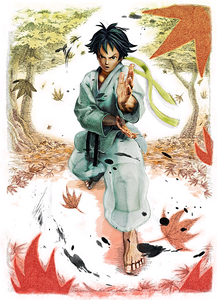 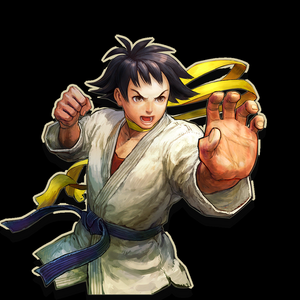 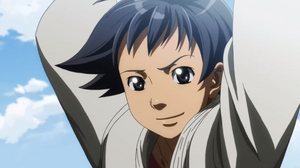 Makoto's smile during her ending in SFIV 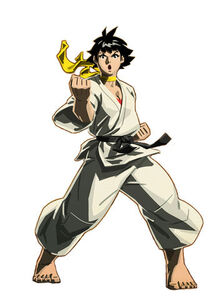