Makoto "MakoPi" Kenzaki (Mackenzie Mack in the English Dub of Glitter Force Doki Doki) is one of the main heroine in DokiDoki! Pretty Cure. Her Cure form is Cure Sword or Glitter Spade.

She is voiced by Kanako Miyamoto in the Japanese version, and by Stephaine Sheh in the English version.

Cure Sword's entire look is light purple and white. Her eyes and hair are purple, and her hairstyle resembles a short version of Beat's, with curled ends. Her costume is a dress with a round collar. Her sleeves resemble the pink Cure's, with ribbons at the wrists. There is a big purple ribbon with long ends at her right hip. There are feathers on her shoulders, with the left side being longer. Her boots reach above her knees, and are purple with white sharp toetips and heels. On her chest rests a purple heart-shaped brooch, which has a small cravat coming from under it. On her right side, hangs her Lovely Commune.

Cure Sword has a strong sense of duty and often sacrifices herself during fights. She dislikes fighting alongside others, preferring to stand alone, which a hint that she is stubborn. She still holds regret at not being able to defend Trump Kingdom from the Jikochuu, and wishes to find Princess Marie Ange soon and return to save Trump Kingdom.

Makoto talks to Mana before walking on stage

Makoto is prepared to fight one last time

Makoto throws the ball back to Kyouda

Cure Sword and others get their new Loveads 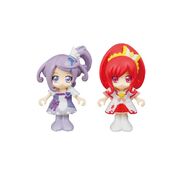 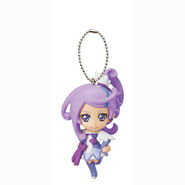 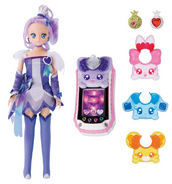 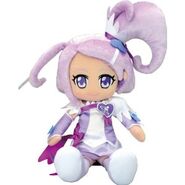 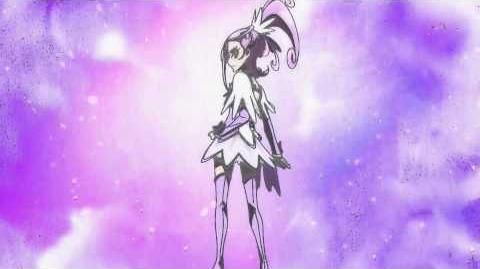 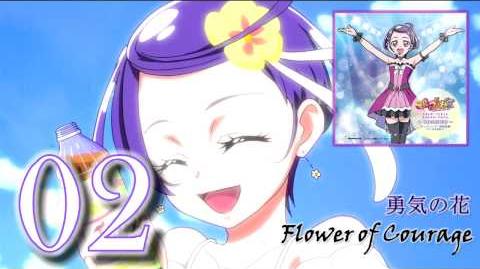 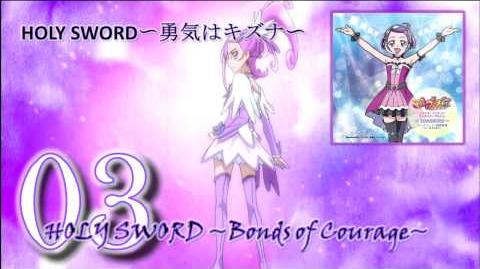 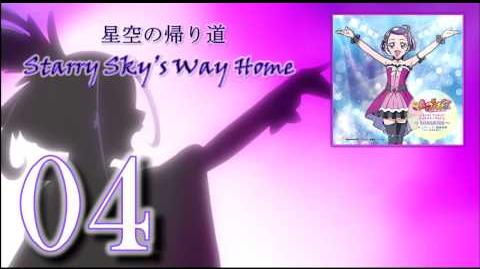 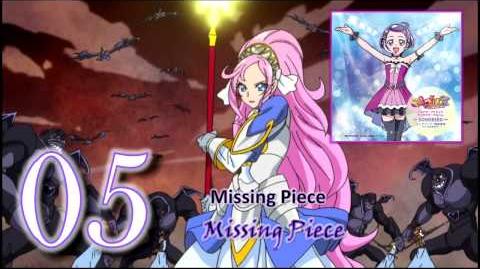 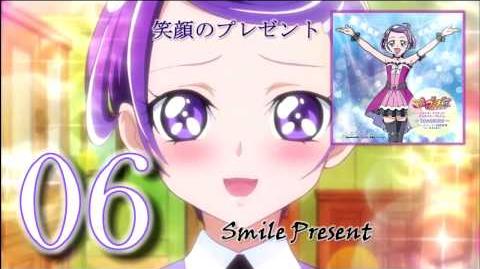 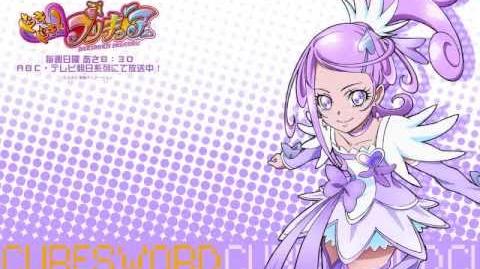 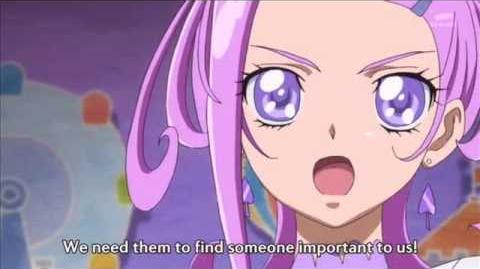 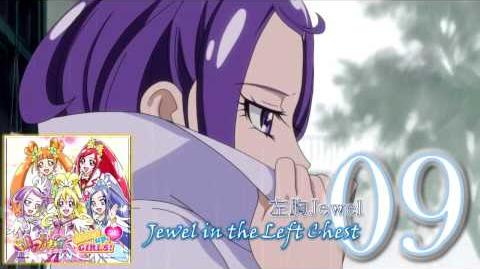