Makoto Mizoguchi is a character and secondary protagonist from Data East's Fighter's History series and the main hero of Fighter's History: Mizoguchi Kiki Ippatsu!!. He is modeled after Momotaro Tsurugi from Sakigake!! Otokojuku. Falcoon states that he had the roughest time adding him into Regulation A but pressed for his appearance since Mizoguchi is his favorite character from his gaming days. He considers Mizoguchi in the game as one of his best achievements and a surprise for fans.

Mizoguchi is a high-school dropout who ran away from his home to join the fighting circuit. Using the techniques his father taught him, he was eventually scouted by the Chinese mafia to be their fighting champ.

He is usually sent to take out his employer's rivals. As time passed, however, Mizoguchi got homesick and wanted to leave the gang. In each tournament he participates in, he tries to escape from his master only to get dragged into another hit for them.

In KOF Maximum Impact Regulation "A", he somehow escaped from the mafia and visits his home. He hears of the King of Fighters tournament from his father and gets fired enough to enter. He challenges his father's student, Lucky Glauber, for his invitation, wins, and heads off for his first fun tournament in years.

Mizoguchi is a "goof-off" person. He likes to play around with everyone, but takes battle seriously (or half-seriously). He is usually used for comic relief, since he is the "dumb-but-lovable-fool" of the series. 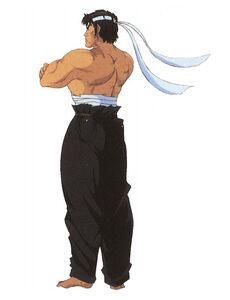 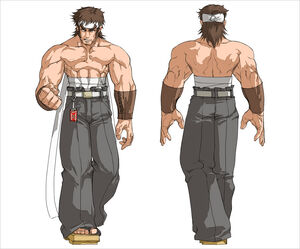 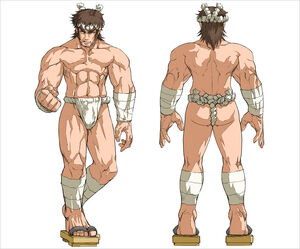 Mizoguchi's Another outfit in Regulation A. 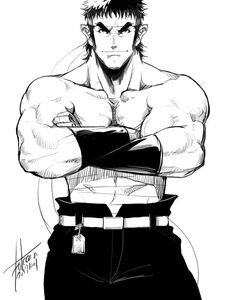 Retrieved from "https://hero.fandom.com/wiki/Makoto_Mizoguchi?oldid=1621704"
Community content is available under CC-BY-SA unless otherwise noted.