Make her mother proud, be as evil as her (formerly), Become good (succeeded)

Maleficent Bertha also known as Mal is the main protagonist of the Descendants franchise. She is the daughter of Hades and Maleficent and the love interest of Ben.

Mal is described as a girl with dark purple hair with highlights of lighter shades of purple that is curly and reaches a little bit over her shoulders. She has green eyes with "flecks of gold" and is of medium height. She mostly wears purple and shades of green during the movie. At Ben's coronation, she wears a lavender dress that is short on the front but long and regal looking on the back. Mal had her hair tied up in a top knot. According to Descendants: Isle of the Lost, she has a dragon-shaped marking on her arm, the symbol of Maleficent.

Mal is labeled as a Villain in Auradon and cannot be trusted. Because of her mother Maleficent. Mal is not evil and mean as you thought she is. She is nice and caring. All she ever wanted is redemption from her mother's mistake. Mostly her mother taught her everything she knows about how to be evil. But stepping in Auradon Prep, where she and her villainous friends are ordered by their parents to retrieve The Fairy Godmother's wand hanging in a museum. The wand was to get their parents out of the Isle of the Lost and reek havoc in Auradon and take over the throne from Auradon. Mostly her mother was the only one who can leave the Isle of the Lost. Mal fell in love with Belle and the Beast's son, Ben. He is the only one who doesn't see the villainous kids as criminals. Mal and Ben fell in love.

She's the only daughter of Maleficent, she was surprised when her mother told her and the three other villain kids that they're moving to another school, she learn she was going to Auradon Prep by order of Prince Ben, Maleficent sees the opportunity to have her daughter and her friends there to steal Fairy Godmother's wand, but when she arrive to Auradon Prep they failed to steal the wand because Jay activated the alarm and they escape. Later she will fall in love with the future king of Auradon, at first it was a spell, but the feeling became real just after. Ben invited her to the coronation instead of Audrey with who he was in a relationship with first, he presents her to his parents as his new girlfriend much to their shock and fear, when she meets Audrey's Grandmother Queen Leah, Leah mistakes her for Maleficent because she looks so much like her mother. Ben tries to arrange the situation at Family Day, but things get worse, frustrated by the mockery she and her friends decide to steal the wand during the coronation ceremony, Mal wanted to offer Ben a Anti-spell brownie, but Ben tell her he knew about the love spell, she panic and tell if his feeling at the lake was fake, but Ben assured her his feeling where real and that he cares about her. At the coronation, Jane, Fairy Godmother's daughter took the wand to do her hair to make her beautiful like before when Mal changed her hair before she undid her hair, but she accidentally broke the barrier from the Isle of the Lost maybe free all the villains and their offsprings, Mal then snatched the wand from Jane to make her mother proud of her, Ben then tell she's not force to be like her mother, Mal finally see he was right and that she loves Auradon and being with him . She gave back the wand to The Fairy Godmother, but Maleficent who was finally free from the Isle of the Lost arrive and take the wand from the frozen Fairy Godmother, Mal tries to stop her mother, but she get angry and transform into a furious dragon, Mal finally defeated her mother by transformed her to a lizard. At the end of the movie she celebrated with Ben and all of the other students of Auradon, she also said the story ain't ending there with her eyes glowing green. 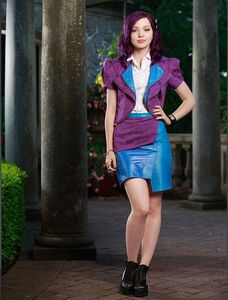 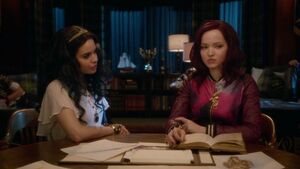 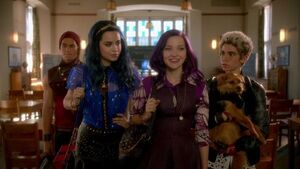 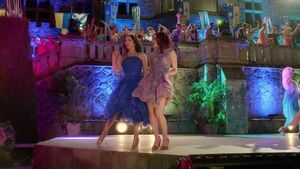 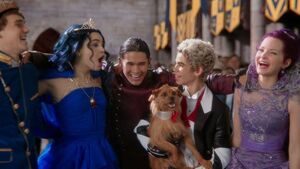 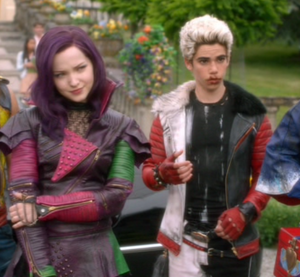 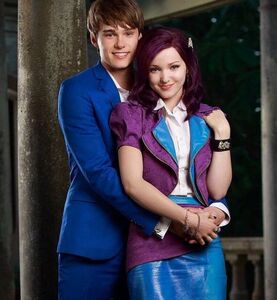 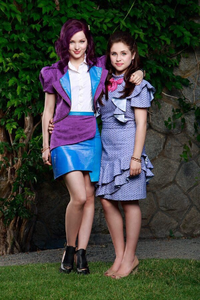 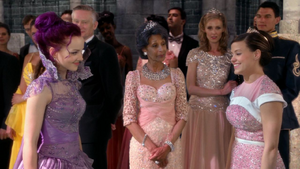 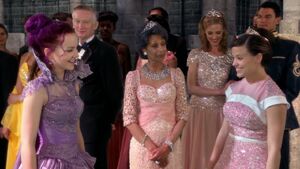 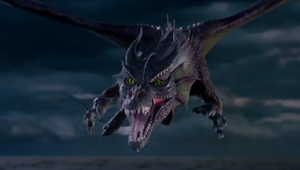 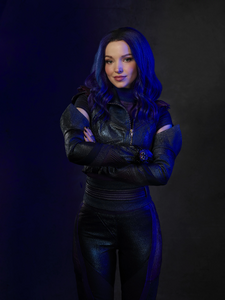 Mal in Descendants 3
Add a photo to this gallery
Retrieved from "https://hero.fandom.com/wiki/Mal_(Descendants)?oldid=1958526"
Community content is available under CC-BY-SA unless otherwise noted.