Mana Takamiya is a major heroine from the Date A Live franchise. She was a former Wizard of Deus.Ex.Machina Industries who temporarily served on the Anti-Spirit Team and is currently a member of the Ratatoskr organization. She is also Shido Itsuka's younger sister, but has no memory of her past due to the brainwashing done to her by Isaac Ray Peram Westcott. She is also the main protagonist of Mana Mission.

Mana has no memory of her past except for a pendant she holds which contains a photograph of her younger self and a young boy whom she calls as her older brother. Mana was a DEM Wizard working with the AST when she was first introduce into the series.

Mana reunited with her brother by chance when she got stationed in the city where he lives while she was on assignment involving the new spirit: Nightmare. She is surprised that he knows about her occupation when she saves him after he got attacked by the spirit which she was hunting for. Later, Mana discovers that her brother and his foster sister are members of a secret organization that also deals with spirits. Mana did not report this finding to her superiors, but she did try to make a deal with his foster sister, Kotori Itsuka, to get her brother out of it. However, they were interrupted by a spacequake’s alarm. Mana was critically wounded while fighting the spirit Kurumi Tokisaki and was hospitalized for a month while being unconscious. Mana was forcefully taken into Ratatoskr custody that was close to being called kidnapping when she finally woke up from the hospital from the event with Kurumi on Shido's school rooftop.

In volume 6, she defects from DEM and is currently part of Ratatoskr.

After discovering the truth about her body, Mana changed sides from DEM to Ratatoskr, the very organization she disliked her brother being a part of, and fought directly against her former comrades to protect Shido from them however, it would seem she is still unable to hate Sir Isaac Ray Peram Westcott, the DEM Managing director, despite realizing what his organization had done to her. Mana was just another victim of Westcott, despite being wizard of DEM, she was psychological tortured by Westcott to make her lose her memories.

Mana appears to be around the age of a middle-school girl. She has long blue hair, tied up in a ponytail, with some bangs left out. She has brown eyes, and a dot under her left eye. She resembles Shido a lot, as stated by Tohka.

When she is at the JGSDF base, she wears a military uniform. Due to her young age, however, it gives others the impression that she's cosplaying.

During combat, she wears a blue CR-Unit.

Mana is a girl with different sides to her personality, depending on the situation at hand. On one hand, she can be a cold-hearted killing machine; a trained soldier. On the other hand, she shows herself as a young lady who cares about her brother, Shido, very deeply, where she will place family as her number one priority over any order she may receive.

Mana is considered a very strong wizard, being rank number 2 within DEM when she was still a DEM member; not only that, she is also known for single-handedly killing a spirit. However unknown to her until the event where she reunited with her brother by coincidence, those spirits were clone with less power than the original one, but even so she still a very strong wizard that can easily beat any and most members of the AST Wizards or DEM Wizards and suppress a spirit if need to. 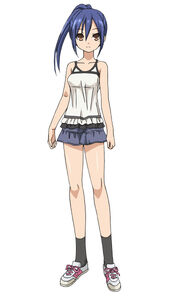 Mana without her jacket 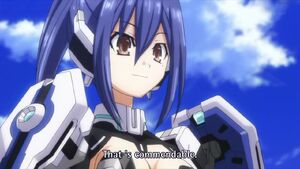 Mana dueling with Origami in a test battle 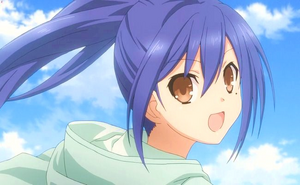 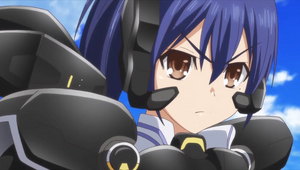 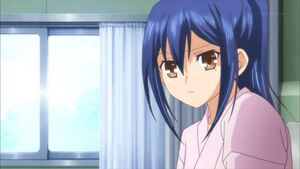 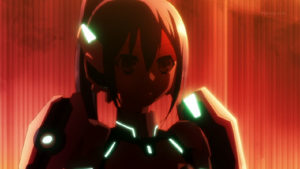 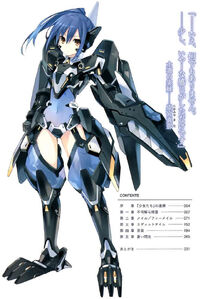 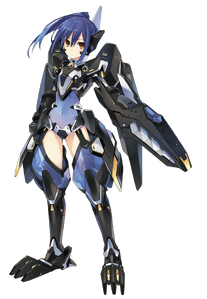 Mana's CR-Unit
Add a photo to this gallery

Retrieved from "https://hero.fandom.com/wiki/Mana_Takamiya?oldid=2125405"
Community content is available under CC-BY-SA unless otherwise noted.