Marc Clark is the protagonist from The Amazing Spiez!. He is brother of Lee Clark, Tony Clark and Megan Clark.

He is voiced by Peter Cugno.

In his normal appearance, Marc has short light brown hair in the normal style that a 12 year old boy would have. He has hazel eyes and wears a white long sleeve shirt under a blue half-sleeved hoodie, cargo pants, and blue shoes.

Marc is the smartest one in the group at 12 – and WOOHP. As proven in episode WOOCSI-, much like Sam, His intelligence is sometimes considered freaky by his siblings. He calls himself the 'Family Geek'. He has the knowledge of every single subject known to man, but -like most geeks- cannot get a date. He likes to fiddle around with the gadgets and change their functions. His spy suit and his MPCom are blue. Sometimes he switches places with Lee or Megan as the jet pilot. It is revealed he has sea sickness and that he had a fear of heights and clowns. Marc gets along very well with Megan Clark, his fraternal twin. In most episodes they are seen with an arm or an elbow around each other. 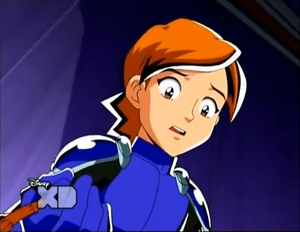 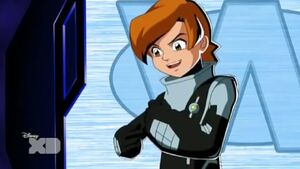 Retrieved from "https://hero.fandom.com/wiki/Marc_Clark?oldid=1911238"
Community content is available under CC-BY-SA unless otherwise noted.