Heroes Wiki
Register
Don't have an account?
Sign In
Advertisement
in: One Piece Heroes, Female, Anime Heroes,
and 27 more

Pirate
Members of the Kuja

Marguerite is a former antagonist turned anti-hero in the Amazon Lily Arc from the anime and manga series One Piece. She was the member of a Kuja Tribe for living in the island at Amazon Lily. She with Aphelandra and Sweet Pea, who rescued Luffy for eating his mushrooms for completed his covering on the body. In the timeskip, she becoming an member of the Kuja Pirates.

She was voiced by Masumi Asano in Japanese version and Whitney Rodgers English.

Marguerite is a young woman with her skin, and tall for the age. She has a yellow blonde hair with unruly, the slender legs, short, a slim, curvaceous figure, and black eyes. Like all her Kujas, she wears a brown revealing bikini top, brown and black miniskirt has a animal skin with good show off on long legs and cleavage, and white cape who resemble will seen to Marine jacket. Her snake is keeping on the most all Kuja women whose seems to have to wears a green and black striped wrapped across the waist in the times. She also wears a type of long white and black similar socking in the right leg, and a high dark brown heeled boots.

Like her fellow Kuja, Marguerite is forbidden to developed on interest at her girls after they sees on Luffy in the Amazon Lily. She seen to developed for interest at Luffy's "Kintama" (the Japanese slang term from using a male testicle has literally to translates "Golden ball(s)"), wants he taking his clothes off, when she would have to take a look.

It happens to her naïveté and misunderstanding to naked men, takes somewhere when he stand as literal. She usually refuse as her "useless" basing in the imported to Luffy, according for a same title admitted then she risking became attacked of him does she staying at him will too long, results to attached him on the way at stepping her.

Despite her Kuja tribe, she will have to started taking care and respect to Luffy at Amazon Lily Arc.

Marguerite seen her leader, Boa Hancock, calls her nickname "the most beautiful woman in the world", and seen admire to holding not grudge to battle with Hancock to stone her.

She is also is a honest and caring about Luffy, who she trying to take a full blame for him presence in Amazon Lily, project Aphelandra and Sweet Pea to try it as safe before the blame comes her.

Marguerite debuted as a talented seamstress, when she unable to completed respect Luffy's clothes, and adding the frills and floral pattern to the vest, as such to destiny.

It's seems to how to swim, as prove to rescue Luffy with drowns. But there is a note by Amazon Lily who local at the Calm belt when the Sea Kings being as a sea under at the island fulling cast by Sea Kings, overall Marguerite jumping into to rescue Luffy who hang it.

She also accompanying at Boa Hancock in the Kuja pirate ship before two years ago, introduced when she has became happy though to became at her crew, only as a strong enough warriors in able in the ship. 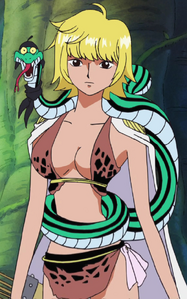 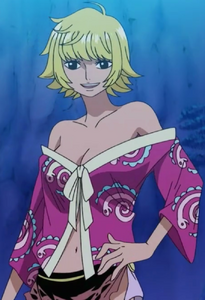 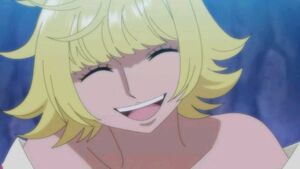 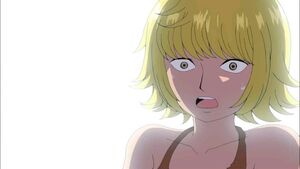 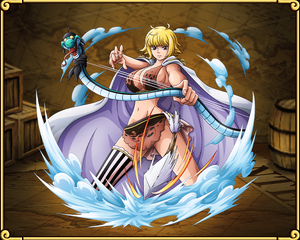