Bring the Hundred Years War to an end.

Maria is the titular protagonist of the anime/manga series Maria the Virgin Witch. She is a witch who lives in France during the Hundred Years War. A powerful and kindhearted witch who despises war, Maria frequently summons familiars as a means to break up battles, which earns her admiration from the local village but disdain from the Church. Eventually, she is ordered to stop using her magic by Archangel Micheal, who believes that her magic disrupts the natural order. To ensure this, he sends the angel Ezekiel to watch over her, and makes it so that once she loses her virginity, she'll lose her magic as well.

She is voiced by Hisako Kanemoto in the Japanese version of the anime and Alexis Tipton in the English version.

Maria has short blond hair that curls on the ends, fair skin and blue eyes. She has been considered to be beautiful and wears two large red earrings, a black mini dress with slits on both sides revealing her black hot pants, and high thigh black boots. Maria dresses provocatively for a virgin.

Maria is a compassionate, willful and idealistic woman who hates any sort of fighting and bloodshed. Her preferred method is summoning beasts to break up battles, and ordering them not to kill anyone. She always just does what she wants and is stubbornly determined to use her power to stop wars for the simple reason that she doesn't like them, and rarely thinks before she acts. This results in her being rather short-sighted, as she is unable to see that her interference with battles results in others getting hurt by proxy and prolonging the war, which Michael calls her out for. Nevertheless, Maria is a very kind woman who is willing to help anyone in need, even those who have previously hurt her, going so far as to stop Joseph from killing Galfa after he had nearly raped her. She also dislikes people arguing, attempting to get Artemis and Priapos to get along with Ezekiel despite not particularly liking the latter at first.

Even before her virginity became tied to the laws of her magic, Maria had little interest in sex, and often got annoyed at Artemis' constant teasing of her being a virgin (especially since, as a succubus, seducing men is Artemis' job). However, she is deeply disappointed when she is told that losing her virginity will also mean losing her magic, since it means she may die without ever knowing the love of a man. As a virgin, she gets afraid and curious about the idea of having sexual intercourse with men, having never experienced such a prospect before, preferring to be on her own.

Although she can be impulsive, Maria is also quite intelligent and crafty; when Ezekiel tells her that Micheal can't be watching her every second, she uses that knowledge to come up with ways to interfere with battles even with Ezekiel guarding her, as Ezekiel has to see her using her magic. These include sneaking off without Ezekiel's knowledge, flying ahead of Ezekiel and having one of her familiars cover Ezekiel's eyes. She also manages to talk down Bernard's constant ramblings about God by pointing out that for a supposedly all-knowing being, he has done little to benefit humanity, causing Bernard to have a crisis of faith. In general, Maria has a dislike for angels, God and the church, and they in turn show a deep disdain for her, as they believe her magic interferes with the natural order.

As stubborn as she is, Maria can be reasoned with, an example being when Joseph begs for her not to interfere with an upcoming battle, as it may very well decide the outcome of the war. Maria agrees, and changes her mind only by request of Anne, due to the fact that her father is fighting in the battle. Far from arrogant, Maria freely admits to not being perfect, stating that there have been times when people she's saved have ended up fighting amongst themselves instead. Sometimes, she even wonders if she's just chasing after a hopeless dream, though she ultimately always stays true to herself. Maria has also shown a dislike for people who can't think for themselves, such as when she calls out Ezekiel for never questioning the orders of her superiors, asking if she's nothing more than "Heaven's mouthpiece."

While she is powerless and imprisoned, Maria is given time to think of what she truly wants and why she hates fighting so much. In the end, she sees that she wants to be adored and loved, and for people to understand one another. Upon her release, Maria asks to be taken to the current battle, not to stop it as she normally does, but so she can find Joseph, whom she asks to stay with her forever. Upon this, Maria discovers that there was little point in trying to grant happiness to others until she found it for herself.

Maria is a powerful witch that can do almost anything with magic, with only the powers of heavenly beings outclassing her. She usually channels her magic through a wooden staff. It can be summoned to her side from anywhere at her command, and she regularly uses it to fly as a means of travel, by riding on it like a witch's broomstick. Also, she can use the same magic to grant others the ability to fly on their own.

She uses magic to emit force blasts, shield others, conjure orbs of light, generate energy beams, form bubbles and platforms, move countless objects at will, harness elemental forces (fire, wind, lightning, etc.), control weather, grow an entire forest instantly, manipulate matter to conjure objects, enlarge their size, or restore destroyed structures, and teleport. In the English anime, it is implied that she can charm minds to her will and turn humans into toads, but were never shown. She is also able to mix special medicines with incredible healing properties, like Edwina, that she freely provides and saved villages from deadly plagues with her medicine.

Maria's usually uses magic to summon and command ancient beasts to end battles between armies, usually doing so by speaking incantations and mixing special ingredients with her cauldron, but can do so without a cauldron. Maria can either summon them as small creatures to fend off normal humans, enlarge them to massive proportions to interfere in army battles, and even command several all at once, depending on the scale. The list of creatures she summons are listed below:

Maria can also create her own familiars from normal animals with sorcery, which are loyal servants that can speak human language and given human forms by their witch they can transform into. She has two owl familiars named Artemis and Priapos, who are her succubus and incubus. Both are granted the ability to use sexual intercourse to charm humans to sap their strength and desire to fight wars, even kill their victims if they go far enough. However, Priapos is incomplete because of Maria's innocence concerning male bodies. If Maria loses her magic, they will lose their enchantment and revert back to being normal owls. 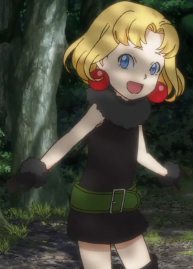 Maria as a child 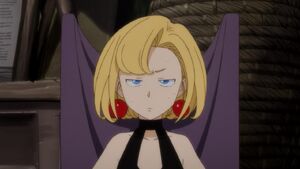 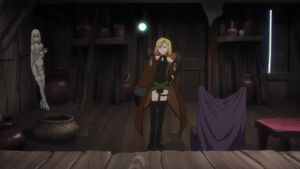 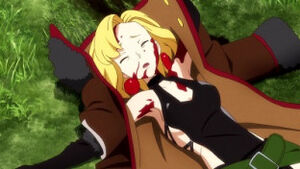 Maria after being injured by Ezekiel's arrow 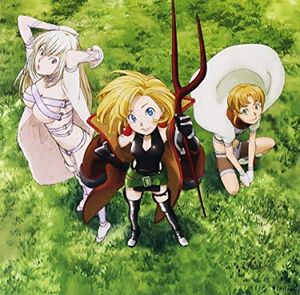 Maria with her familiars, Artemis and Priapos 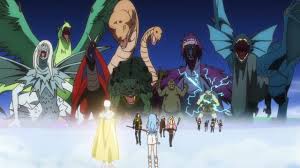 Maria with all her summoned monsters
Add a photo to this gallery
Retrieved from "https://hero.fandom.com/wiki/Maria_(Maria_the_Virgin_Witch)?oldid=1887316"
Community content is available under CC-BY-SA unless otherwise noted.