Maria Arusu is the titular protagonist of the Date A Live game, Ars Install. She is a artificial intelligence created by Ratatoskr organization, she also serves as protector of Fraxinus' system. She serves as the good counterpart of Marina Arusu. Maria is a Irregular Spirit created for "virtual" date by Kotori Itsuka.

In reality, Maria is the on-board AI of the Ratatoskr airship <Fraxinus>. Specifically, she was providing the dialogue choices when Shido was trying to communicate with Spirits in the past. When Marina Arusu, the artificial Spirit created by Deus.Ex.Machina Industries, broke into <Fraxinus’> main computer, the AI trapped Marina together with herself in the virtual reality world with a strong protection. To understand and deal with the unknown enemy she’s facing, the AI collects traced information about the enemy and took on Marina's appearance in order to prevent the former from hacking into the computer systems of Fraxinus.

The AI is also locked out of her memories, since she’s also trapped inside the game. As a result, the AI can’t remember anything, except for her purpose. That’s why she wants to know about "love", since she’s originally an AI created to support Shidou in love situations with the Spirits.

Throughout the game, Maria observed Shido's interaction with the Spirits and is starting to slowly grasp the meaning of "love". She requested a date with Shido just like the all of the other Spirits, and seemed to have taken a liking to him as well. Unknown to her, Marina had used this as an opening and successfully hacked into the main system of Fraxinus, charges the main cannon and prepares to shoot at Tenguu City.

Shido and the others then head towards the ‘Mother Room’ where Marina are. Marina makes multiple copies of herself so that the Spirits will fight against them while Shido and Maria goes to the Mother Room. In the Mother Room, Marina pretends to make friend with Maria and then takes the last 10% of her authority. Marina is then being able to transform into her Spirit form. She keeps attacking while Shido uses the Spirits’ powers to protect Maria. Maria then prays for power to help Shido and somehow Maria is able transform into her Spirit form as well, also getting back some of the authority. Shido then defeats Marina with Maria’s help.

With Marina's Astral Dress suddenly go wild, it causes a problem on the outside as Fraxinus is now losing flight power and slowly falling toward Tenguu city. Maria then goes on ahead as she is the only one that can enter inside the ball. Moments later, the other Spirits arrive and they destroy the ball together. Shido then rushes towards where Maria and Marina are. In the meantime, Maria and Marina share each other’s memories and "understand each other". When Shido arrives, both Maria and Marina wish for Shido to kill them so that Fraxinus can fully restart, preventing it from falling towards Tenguu city and kills many people. After much resistance, Shido finally uses Sandalphon to break Marina’s crystal and thus she dies. He kisses Maria and she disappears as well, after saying she finally understands what "love" is and that she loves Shido. Shido and the others then are able to get back to the real world as the crisis is already over.

In the true ending, it is revealed that Marina sent Maria’s mail message to Shido’s phone (in which Maria thought would be unreachable), and even installed Maria onto his phone, preventing her from disappearing completely.

When Maria first presented herself to Shido, she appeared to be nothing more than a curious girl who simply wanted to know the definition of "love" at first.

Maria observed Shido's interaction with the Spirits throughout the game, and not only did she understood the meaning of "love" through her observation, but her true personality slowly resurfaced. Her personality seemed to be a combination of Tohka and Origami altogether. She can easily become interested in common things found in our daily lives, with Shido introducing hot buns to her as an example of this. Unlike Tohka, however, she is as knowledgeable as Origami due to having access to the Fraxinus database.

Maria resembles a fifteen years old teenager with long, violet silver hair and blue eyes. Her costume bears similarity to that of a western nun. With a white dress and a black, cross-like symbol at the middle. 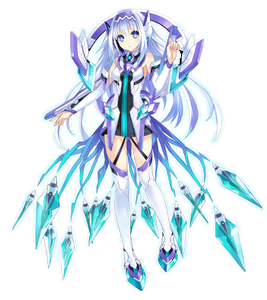 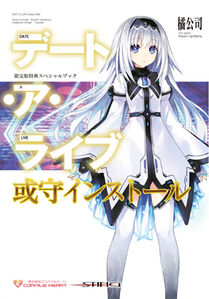 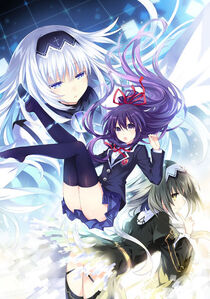 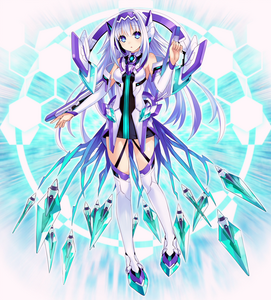 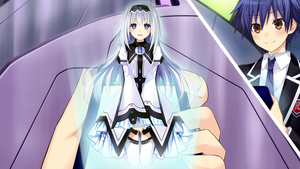 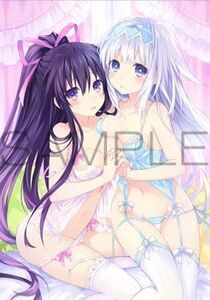 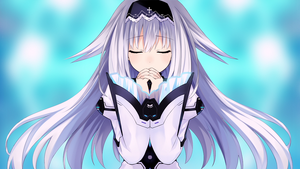 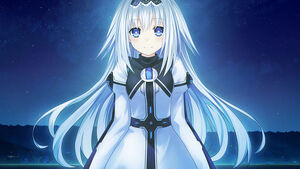 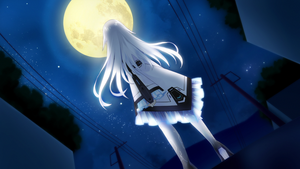 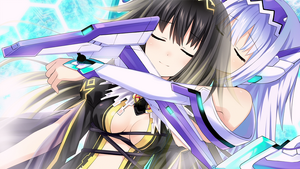 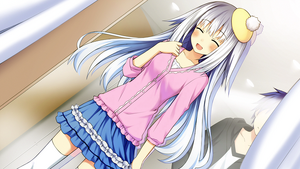 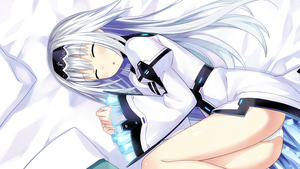 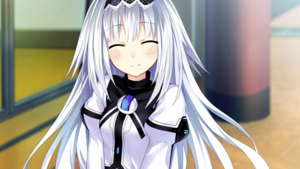 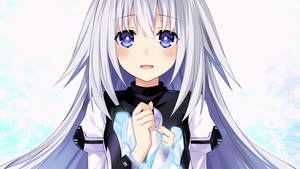 Retrieved from "https://hero.fandom.com/wiki/Maria_Arusu?oldid=1953286"
Community content is available under CC-BY-SA unless otherwise noted.