Maria Renard is a recurring character from the Castlevania franchise of action-platform video games, first appearing in Castlevania: Rondo of Blood, where she becomes a playable character and the game's central protagonist if Richter Belmont rescues her.

She is the little sister to Richter's fiancée Annette Renard. She is a distant blood relative of the Belmont clan (no mention of that connection is to be found in Castlevania: The Dracula X Chronicles, where she is instead said to be the daughter of a local lord). In Castlevania: Dracula X, she's also said to be the sister of Richter's beloved Annette, a detail that's not alluded to in the other games. She was later adopted by the Belmont family in Castlevania Judgment.

In 1792, Maria's parents were killed, and she was captured, along with several other young women, and taken to Dracula's castle. Richter Belmont saved Maria from Shaft, one of Dracula's servants, who was attempting to cast a spell on her. Once Maria is rescued, she becomes playable and uses various magically enhanced animal attacks for combat. There exists an ending in which Maria confronts and defeats the Count instead of Richter. In the introduction sequence to Symphony of the Night (a retelling of the final boss battle Akumajō Dracula X), if Richter's health completely runs out, a twelve-year-old Maria will appear and amplify Richter with her magic in his effort to defeat Dracula. Judgment further explains that she fought alongside Richter in defeating Dracula and has abilities that rival the Belmonts. Unlike Annette, if you fail to save her in Rondo of Blood, you will not face her at the end.

Four years after the defeat of Dracula, Richter vanished. Maria immediately set out to find him. After a year of searching, in 1797, she finally found Castlevania. In the castle, she learned that Richter was working in concert with the dark forces. With Maria's help, the half-vampire Alucard was able to break Shaft's hold on Richter and defeat Dracula. Depending on certain player actions in Symphony, the player will receive different endings. In the canon ending, Maria will admit to not being able to live without Alucard and go after him. In the non-canon ending, she will resign herself due to the fact that she cannot ease his torment and returns home with Richter.

Maria also appears in Judgment. There, she's shown acting in a more childish way: she constantly trips and miscalculates her powerful magics, for comedic effect, and she acts mostly unaware of the Time Rift's nature, for example believing that Simon and Trevor merely stole the Vampire Killer from her friend Richter. Furthermore, this incarnation of Maria is seemingly obsessed with her diminutive frame and her younger age, going so far to openly complain against Camilla and Shanoa for their more mature bodies, and claim that Sypha's large breasts are a gift from God, lashing out to her ancestor for suggesting that her beauty may pose a liability in combat.

Even though the Japanese spelling of her surname is the one generally used for the family name "Learned", Konami has been using the alphabet spelling "Renard", either on purpose or by mistake.

Maria Renard appears in Super Smash Bros. Ultimate as an advanced-ranked primary grab-type spirit. Her spirit battle is against Zelda, Falco, Charizard and Incineroar on the reset bomb forest where the said Zelda starts the battle with a Cucco. At level 99, the spirit can be enhanced to Maria Renard (Symphony of the Night) who gives the user an additional midair jump.

Maria Renard as she appears in Symphony of the Night 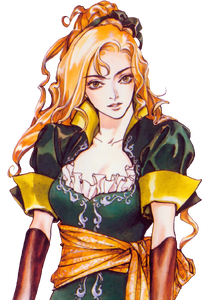 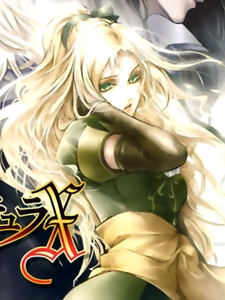 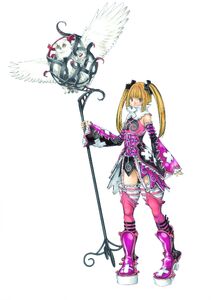 Maria Renard as she appears in Castlevania: Judgement 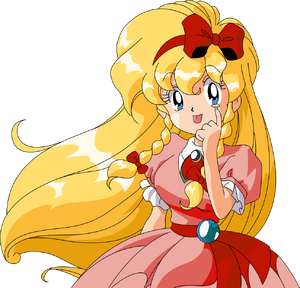 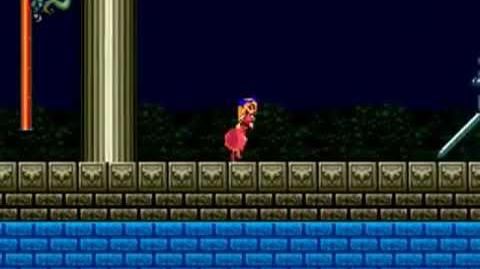 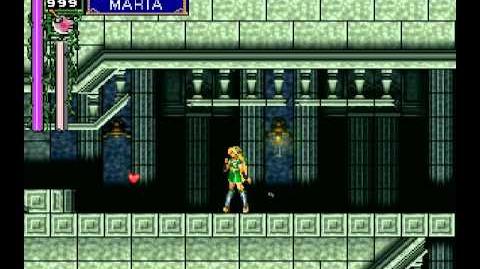 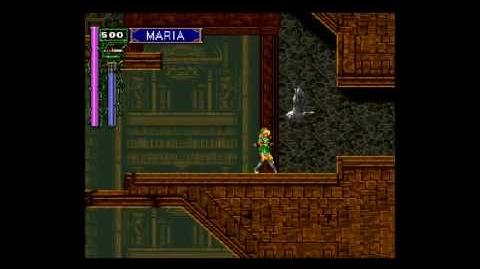