Princess and future Queen of the Fairy Kingdom

Marianne is the main protagonist of the 2015 animated musical film Strange Magic.

She is voiced by Evan Rachel Wood.

Marianne is a feisty fairy who lives in a majestic kingdom with her father, the King, and her sister, Dawn. She was originally engaged to a male fairy named Roland (who unknown to Marianne, only wanted to marry her for her looks and to be blessed with the King's army) but she broke off the engagement after seeing him kissing another fairy. She's a rebel and a warrior, and when Dawn is kidnapped by the evil Bog King who wants back a love potion from the fairies, Marianne goes on a quest to save her in a madcap adventure with imps, fairies, and goblins. She also joins in a battle to save a magic potion and unite two kingdoms.

When Dawn (under the influence of the love potion after getting sprayed in the face by it) falls in love with the Bog King, he tells his prisoner and the potion's creator The Sugar Plum Fairy to make an antidote, but she says the only thing stronger than the potion is true love, so Marianne and the Bog King go on a romantic flight but it is interrupted by Roland's army (who have come to save Dawn and give over the potion) causing the Bog King to think Marianne set him up and throws her into a spider web and leaves. 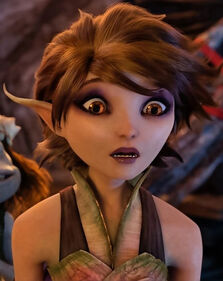 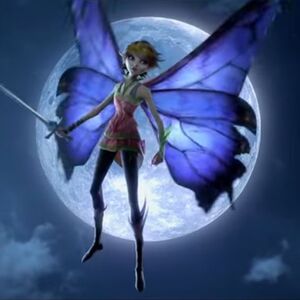 Retrieved from "https://hero.fandom.com/wiki/Marianne_(Strange_Magic)?oldid=1844499"
Community content is available under CC-BY-SA unless otherwise noted.