Going on picnics with the Princess.

Rescue Princess Peach from Bowser and the Koopalings (succeeded)

Mario is the main protagonist of the CDI video game, Hotel Mario. In the game, Bowser and the koopalings have taken over the mushroom kingdom and Princess Peach is now a guest at one of Bowser's seven koopa hotels. Bowser dares Mario to find her if he can. So Mario and Luigi have to find the princess and save her in one of Bowser's hotels. The game came out in 1994 and it became so popular that there were many youtube poops containing clips from the game which are the same YTPs used in Link: The Faces of Evil and Zelda: The Wand of Gamelon.

In Hotel Mario, Mario and Luigi have to save the princess from one of the seven Koopa Hotels. 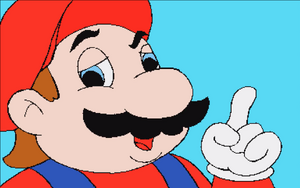 If you need instructions on how to get through the hotels, check out the Enclosed Instruction Book. 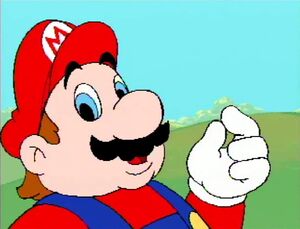 Be carful! When you pinch Wendy's pennies, they pinch back! 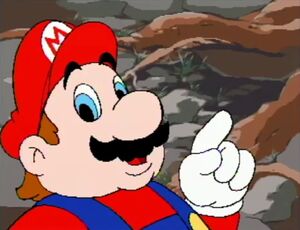 Add a photo to this gallery
Retrieved from "https://hero.fandom.com/wiki/Mario_(CD-i)?oldid=1859442"
Community content is available under CC-BY-SA unless otherwise noted.