Marnie Piper is the eldest daughter of Gwen and William Piper, granddaughter of Aggie, and older sister of Dylan and Sophie. She is the main protagonist of the series Halloweentown, a young witch who has always loved the holiday of Halloween.

She is portrayed by Kimberly J. Brown, who also voiced Lena from The Little Polar Bear, from the first three films and Sara Paxton from final film.

She is a pretty and headstrong individual, especially when it comes to magic. She is the character who uses magic as much as she can but also cares about it and tries very much to save Halloweentown and her magic.

Like her grandmother and her sister she has a sixth sense or recognition power as well as being and expert broomstick flyer. 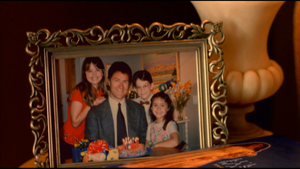 Retrieved from "https://hero.fandom.com/wiki/Marnie_Piper?oldid=2284225"
Community content is available under CC-BY-SA unless otherwise noted.