Marron is one of the main characters in the Dragon Ball Z series. She is the daughter of Krillin and Android 18 and the niece of Android 17.

She was voiced by Tomiko Suzuki in DBZ, Naoko Watanabe in the movie and Hiroko Ushida in DBZ Kai in the Japanese version, and by Melodee Lenz in DBZ, Meredith McCoy in DBGT and Tia Ballard in DBZ Kai in the Funimation dub, Cathy Weseluck in Ocean Group dub and Lori Barnes Smith in Blue Water dub in the English version.

As a baby/child, Marron has a black eye shape just like her father and her lack of nose. In Super, she briefly at the same hairstyle is changing her pigtails with the different haircut. She has a earrings. during the Dragon Ball Super, Marron is not growing up. Unlike her father's genetics, Marron's growing has been delayed.

In Dragon Ball GT, Marron is now teenager at the age of 14 who resembles at her mother of age of 19. She has blue noticeably and a complexion fair skin. Her parents might be tallest than Krillin and 18, Her hair is growing even longer down to her two pigtails and kept hanging out of the shoulders and forehead. She wears a pink hat, a white long-sleeved polo undershirt, a pink dress, a white socks and brown shoes. Actually, her nose is growing really visible, when she was a young, she supposed to grower than nose just like her father.

Marron is a cheerful heartwarming girl and proving her mother in the 25th World Martial Arts Tournament to other people that can Android 18 happy. She is the good friendship at the Z fighters who looking up at the fighting up with the older brothers Goten and Trunks, along with Pan and Bulla. When Marron is getting really older, she is having a good time with the children spending time with them. She finds out may seem any longing finer things to get a new designer clothes, just like her mother using things. Additionally, everyone has surprised attack to find her mother and father living their lives, Marron has nothing to say as important. In Super, she was living with her parents, while her father will decides to retirement. She has the admiration extraordinary abilities, who hinting by 18 on something similar.

She is joining with Goten and Trunks to used extraordinary abilities to project the Island from her uncle. Marron is having a powerful along with her parents but she cannot training without martial arts around.

Marron was age 771 as only child of Krillin and Android 18 and the niece of Android 17. She can't identified from the name unless the final manga was installments, she has passed when she getting older much than her parents. 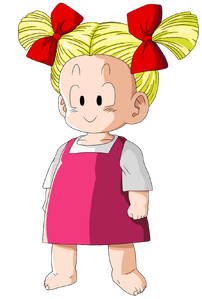 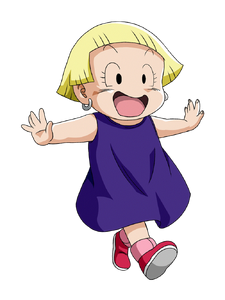 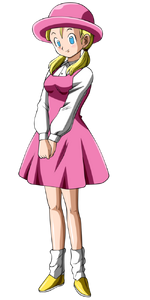 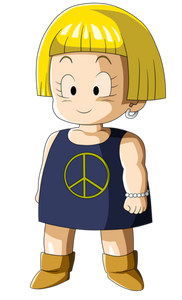 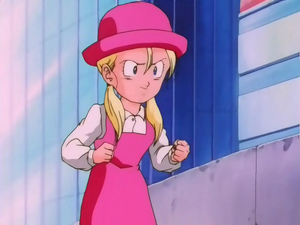