For a loving person to adopt her (succeeded)

Martha Grace Lorraine is the titular main protagonist of the book series Martha Speaks as well as the animated PBS Kids TV series of the same name. Martha had started to speak after eating alphabet soup.

She is voiced by Tabitha St. Germain, who also voiced Rarity, & Andrea Sussman from Krypto The Superdog.

Martha is cute, adorable, precious, smart, honest, cuddly, expressive, very talkative and curious. She is also very optimistic and friendly. She can be a bit mean and grumpy sometimes but she always means well.

Martha is a fairly large yellow and orange mutt. At only 6-years-old, she has orange ears and a white muzzle. She wears a red collar. Her paws are white. She has short legs.

Not much else is known about her past, but in "Martha's Life of Crime", she explains that before Helen adopted her that a pair of bumbling thieves (now revealed to be young Otis Weaselgraft and Ms. Bumblecrumb) tried to use her for crimes, but in the end she got them arrested and returned to the shelter, where Helen's family adopted her as the family pet. Martha gained the ability to talk after (accidentally) eating a bowl of alphabet soup; the pasta letters in the soup went to her brain instead of her stomach, which was an event that couldn't be repeated with another dog, but Martha has to continue eating it to retain her ability to speak. The episode "Martha's Worst Best Day" reveals that opening the can from the bottom will cause Martha to speak the opposite of what she means. Martha often sticks her nose in other people's business, trying to help, but sometimes accidentally causes trouble. In "Truman and the Deep Blue Sea" it is revealed that she had frequent car sickness when she was a puppy. She has had jobs as a telemarketer, a radio talk show host, firedog, etc. In "Martha's Pickle" she mentioned that she still does her radio show in the episode "Martha Gives Advice". Despite her talk show, various community members seem surprised when Martha talks to them, or skeptical when someone mentions a talking dog. It is established in several episodes that she is a mutt, but is actually a Yellow Lab. 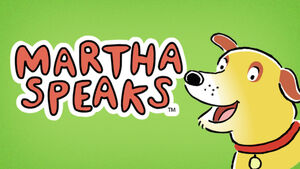 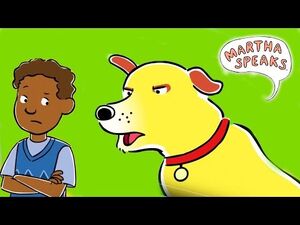 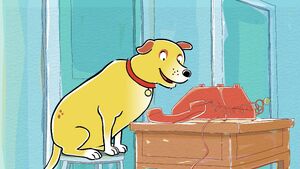 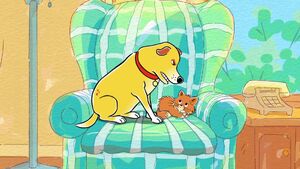 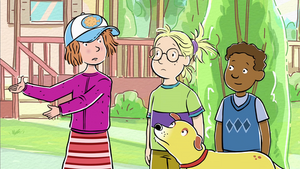 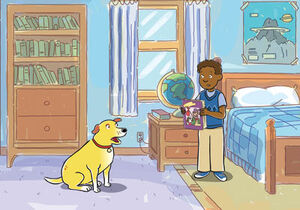 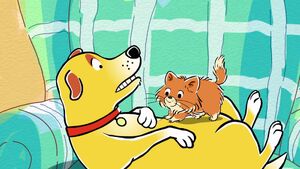 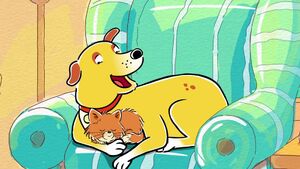 Martha begins to appriciate the kitten. 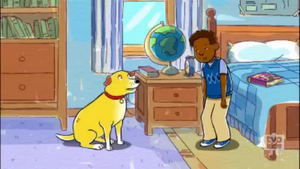 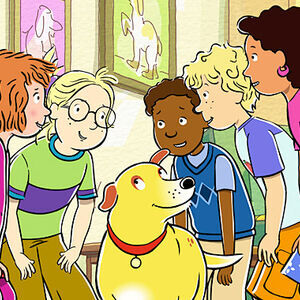 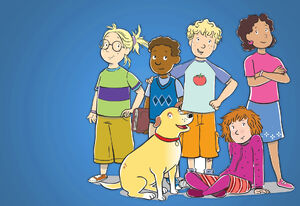 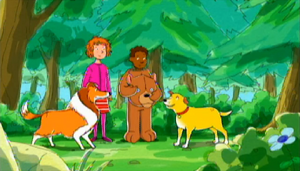 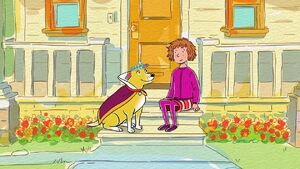 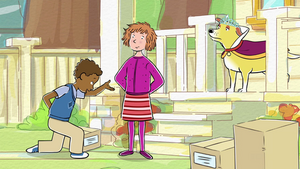 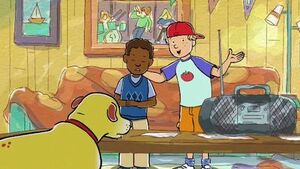 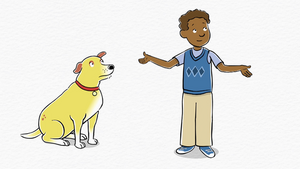 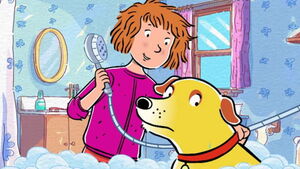 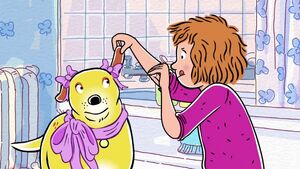 Retrieved from "https://hero.fandom.com/wiki/Martha_Lorraine_(Martha_Speaks)?oldid=2107707"
Community content is available under CC-BY-SA unless otherwise noted.