Marx is a small being without hands and with lavender skin, two fangs, and purple eyes. He wears brown shoes and a red and blue hat with shapes. His yellow wings have red hearts, two claws, and flashing mirror-like, multicolored, and hexagon-shaped scales. As a Marx Soul, has sharper appearance with reptilian pupil, cyan and pink hat. And wings are magenta that has three claws and blue heart.

Marx is playful jester that is intelligent, insane, and mischievous. Once a sly and tricky villain, now he is a true ally.

As a villain in Milky Way Wishes

Marx told Kirby that the Sun and Moon are fighting each other. After the Kirby activated the Fountain of Dreams, Marx betrayed Kirby and told his wish to Galactic Nova. He fought with Kirby twice and defeated by Kirby.

As a hero in Star Allies

After the defeat in Kirby Super Star as a villain, Marx was redeemed and joined Dream Friends to help Kirby fight against Jambastion Cult and Void Termina. 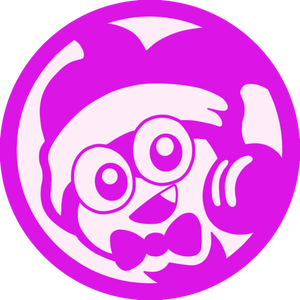 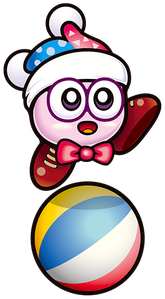 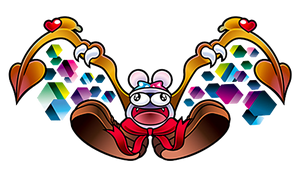 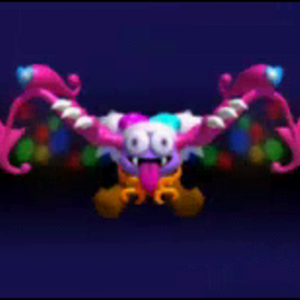 Marx as a villain the Marx Soul 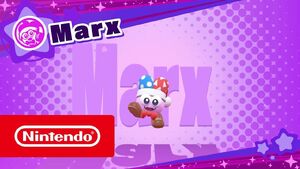 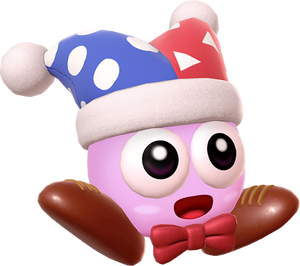 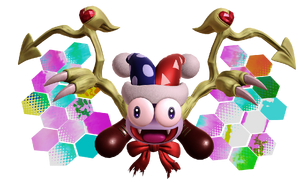 Marx as a boss in Super Smash Bros. Ultimate 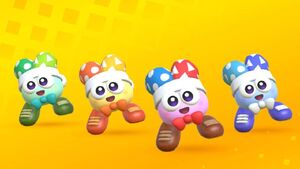 Marx as a Hero
Add a photo to this gallery

Retrieved from "https://hero.fandom.com/wiki/Marx?oldid=2318129"
Community content is available under CC-BY-SA unless otherwise noted.