Sentai team
Maskmen are the eleventh Super Sentai team. They are composed of six people originally recruited by Commander Sanjuurou Sugata to fight the Tube Empire. They are the main protagonists of Hikari Sentai Maskmen.

Years later, the Space Empire Zangyack invaded Earth. This threat was so great that all of the first 34 Super Sentai, including Maskman, were needed to oppose them. The 34 Sentai put up a valiant fight against the ground forces, but when the Zangyack fleet itself attacked them, Akarenger told everyone to combine their powers and save the Earth. This destroyed the Zangyack fleet and resulted in the loss of their powers, which resurfaced as Ranger Keys, that were dispersed throughout the universe.

The Maskmen, among the majority of the Super Sentai heroes, were caught up in the "Super Hero Taisen" incident. They were presumably sent to the dimensional riftIcon-crosswiki, under the pretense of being defeated, by Kamen Rider Decade while he was apparently hunting the Sentai teams. When his and Captain Marvelous' ruse was revealed, Maskman appeared with the other Super Sentai through the dimensional wallIcon-crosswiki, they then fought alongside all the other Sentai teams and Kamen RidersIcon-crosswiki against the alliance of Dai-ShockerIcon-crosswiki and Dai-Zangyack. At one point, the Maskmen joined forces with Kamen Rider Black, as they protected Earth in the same year. They launched an attack against the revived Shadow MoonIcon-crosswiki. Kamen Rider × Super Sentai: Super Hero Taisen 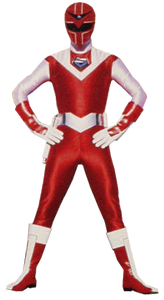 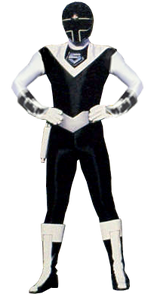 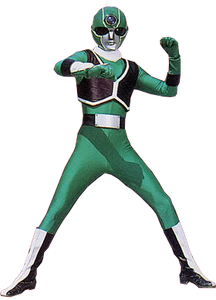 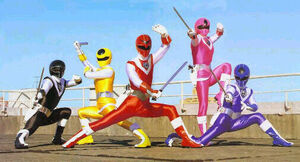 Retrieved from "https://hero.fandom.com/wiki/Maskmen?oldid=2248817"
Community content is available under CC-BY-SA unless otherwise noted.