Matilda is a white chicken that has an egg shaped body, egg shaped beak and three strands of black hair. She also has yellowish blushes and a light pinkish chest.

From Angry Birds Toons, her chests, tail and hair now have pink streaks and edges which now occurred up to Angry Birds 2.

Albeit being a large-sized bird outside, Matilda is actually weak in strength. Her main ability is shown to drop an egg that explodes resulting in Matilda's corpse looking deflated and weakened.

Matilda makes her debut in Angry Birds Level 2 being Poached Eggs during the fourteenth level. She eventually has also assisted her flock in visiting Rio helping Blu and his friends. She is also the only member of the original flock not to go out to outer space during Angry Birds Space.

She and Bomb are somewhat shown to have a romantic relationship as she has been kissed by Bomb in Angry Birds Toons episode "Clash of Corns", but Matilda usually thinks about Bomb 4% of the time. She was also his anger management teacher in the movies. He also protected Matilda's garden in the comic strip "The Garden" in Angry Birds Flight School Comic while she went on a wildflower hunt. Matilda did eventually kiss Bomb back seeing him as a sensitive caring bird possibly indicating she likes Bomb back.

The pigs like Matilda for her caring personality. In the Toons episode Robo-Tilda, she cares for the damaged minion pig. For the most part, she doesn't want to hurt the pigs sometimes, but rather just wants peace between them and the Flock.

Matilda before the Rio/Chrome version 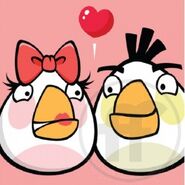 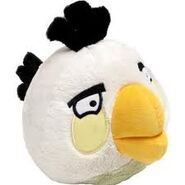 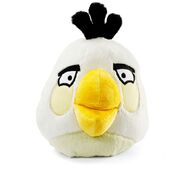 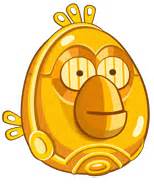 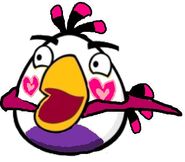