Mavis is a black diesel engine, who works in the quarry in TV show, Thomas the Tank Engine & Friends.

When she first came to Sodor, she used to be feisty, arrogant, tomboyish, and very stubborn, and used to be full of her own ideas, and would shunt Toby's trucks where ever she would like, much to Toby's dismay. He tried to reason with her, but she was still being stubborn, until she got in trouble by getting stuck at the Ffarquhar crossing. Toby thought she could take care of herself, until his driver told him she was supposed to stay at the quarry, so Toby decided it would be best to help Mavis after all. After Toby helped her, she was left very embarassed and angry. After being punished by her manager, Mavis was still stubborn and ignored advice. She planned to use the teeniest bit of Toby's line to save herself from this bother and planned to use the trucks to bump her on Toby's line. But it backfired when the trucks bumped Toby instead and he almost fell off a broken bridge into an abyss. Mavis, now horrified, helped Toby to safety. Mavis confessed, but Sir Topham Hatt and her manager were proud of her for being honest and for saving Toby and now that she learned her lesson, her reward was to come down branchline and help out. Now Mavis is a happy, honest, reliable, hard-working and friendly diesel who shows respect for the steam engines, which she loves, but she still is a tomboy. She occasionaly makes mistakes, but knows how she can fix them, and is there when any engine needs her the most. 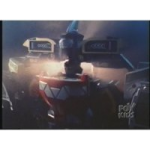 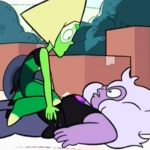 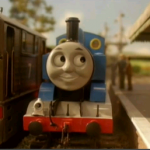