How the Grinch Stole Christmas!

The Grinch
Cindy Lou Who
Martha May Whovier

Max is the tritagonist of "Dr. Seuss' How The Grinch Stole Christmas!". He's also the pet of The Grinch and unlike his master, very kind and loves Christmas.

Max, despite being the Grinch's pet and sidekick, is actually much nicer than his master and loves both Christmas and the Whos. Still, he is forced to do his owner's bidding out of fear of being abused.

The Grinch decides to use him as his own reindeer since real ones were scarce on Mt. Crumpit. When they get to Whoville, he holds the ladder for The Grinch as he goes down the chimney and steals all the food and presents from the houses.

Finally, when he and his owner reach the top of the mountain to dump the sleigh and all the presents in it, they are both shocked to hear that the Whos are all celebrating without any presents or Christmas trees.

They both realize that Christmas is actually about family and friends getting together and having a good time. After that, he helps his master stop the sleigh from falling off the edge and they go back down to Whoville to give back the presents and celebrate Christmas with the Whos.

Instead of a frightened, timid dog who reluctantly does the Grinch's bidding, Max is very much loving and loyal to the Grinch. He's different than his 1966 and 2000 version.

Max is seemingly smarter than the average canine, almost acting as the Grinch's "butler" of sorts. At one point, Max does this in an attempt to sleep in the Grinch's bed, but The Grinch doesn't buy it.

Then the Grinch's moose companion Fred does the same thing and the Grinch relents which he immediately regrets this.

He'll be voice by the famous actor who voiced random characters, Frank Welker. 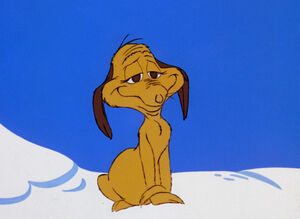 Max in How the Grinch stole Christmas (1966) 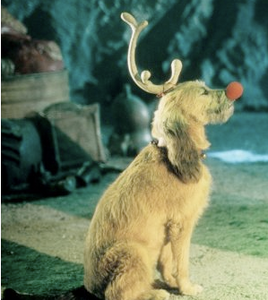 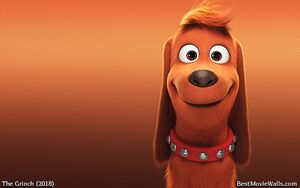 Max helping his master to get ready 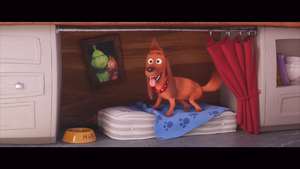 Max is in a good mood

Retrieved from "https://hero.fandom.com/wiki/Max_(How_the_Grinch_Stole_Christmas)?oldid=2207586"
Community content is available under CC-BY-SA unless otherwise noted.