Max the Lion (or Paddle Pop the Lion) is a fictional character originally created as a mascot for a brand of ice cream, but that came to star in many animated films and cartoons in recent years. He is a lion king of a kingdom ruled by animals and often part in missions behind to collect magic crystals that can cause damage and destruction if they fall into the wrong hands. Is always accompanied by partners including the young lioness Leena and his owl mentor Higgabottom.

When he was born Max was the prince of the Lion Kingdom reign by his parents King Adisa and Queen Shifa, on a certain day but emerged the dark Shadow Master who ruled the kingdom and killed the Max's father. As he was a baby he was rescued by his mentor Higgabotton that led him to a distant forest to grow and make yourself the hero who saved his kingdom in the future.

Upon reaching a certain age Max is guided to the mission to collect the three Crystals of Lion and thus defeat the Shadow Master with his friends Leena, Twitch, Spike and Kara. But during this journey he ends up being chased by Shadow Master and his henchmen who can pick up some crystals. At the end of the first journey Max defeat Shadow Master to receive the King Scepter gaining powers and recovering the crystals. After the end of the first journey he becomes king.

Max time after defeating the Shadow Master and become king Max does not get used to the idea and not abandon their ways. Meanwhile the Master of Shadows appears mysteriously wanting to use a time travel portal to the age of dinosaurs and grab the Crystals of Dinoterra to dominate the world once again. When Max is alerted arises destruction in the kingdom, he along with his friends decide to also travel back in time to prevent the Shadow Master, but only Leena, Twitch and Spike can accompany them leaving Higgabotton and Kara stuck in the present.

Max and his friends are faced with the dinosaurs and gain a new ally the turtle boy Nikko. But the Shadow Master had also been allied with Queen Felina, a friend of Max's childhood whose kingdom was the enemy of lions. During many battles Max tries Felina ally with him, but he only gets it at the end when the Shadow Master decides to go back in time to kill him when he made the first invasion of the Lion Kingdom. Max Shadow Master throws a temporal prison and manages to restore peace to his kingdom with Felina.

During Max Begins Max had no power or weapon, he just using his agility and physical to compete with the villains. When he gets the Crystal of Lion Sense he's designed some powers like premonitions and also purification, but only when using the crystal. At the end of the same season receives Max the King Scepter and passes to invoke the powers of the ancestral lions. He absorbs the powers of the three Crystals of Lion into the scepter.

After the first battle against the Shadow Master he starts using the Scepter King in all his adventures saving him and his friends of dangers besides exterminate some villains. 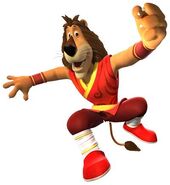 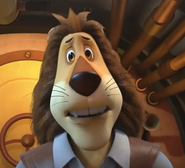 Add a photo to this gallery
Retrieved from "https://hero.fandom.com/wiki/Max_(Max_Adventures)?oldid=1991630"
Community content is available under CC-BY-SA unless otherwise noted.