Max Mizuhara (Max Tate in the English dub) is the member of team BladeBreakers. In season 3 of Beyblade, he join the All Starz. His Bit-Beast is Draciel with the classic element water.

Max is a happy, good-natured kid who always sees the best in everything and everyone. He is like a brother to Takao and loves to laugh at whatever life throws at him. Max is a highly skilled beyblader specializing in a defensive style. Max strongly believes that the key to beyblading lies in the blader and not the beyblade. His father, Taro Mizuhara, owns a hobby shop and his mother, Judy Mizuhara, is a beyblade researcher.

In Beyblade, Max has blue eyes, blonde hair, and white skin. He wears a orange overall tied with a black belt, inside he wears a green t-shirt with with white linings on his neck and arms, he wears big green wrist bands from his arms to hands, his white socks are folded between his ankles and his green and white shoes.

He wears a lighter green t-shirt underneath, while his orange overall changes from orange to grey, he wears a blue t-shirt with yellow stars, he also wears blue and red shoes with red fingerless gloves.

In Beyblade G-Revolution there were minor changes his eyes are still blue, his hair becomes light blonde, he also wears a green and yellow t-shirt with an orange 'M' on his left chest the overall becomes darker orange as it is folded between his waist, the red gloves were replaced with dark green gloves, he also has beyblade container behind his trousers and he also wears green, white and orange shoes.

Max is mostly known for his perky, upbeat nature and his defensive beyblading skills which have won him many friends throughout the series. He is always seen with a smile on his face and is rarely ever sad. He is a very patient and enthusiastic person. He is also a ladies man as seen by his behaviour towards them.

Throughout the season, Max is a usual beyblader for the team, and wins most of his battles. After the tournament, he moves back to America with his mom until a little later in Beyblade V-Force. One sees Max, in the first season, as a blader full of energy. Max was the first to befriend Takao and Kenny. He meets them by the river when Takao attempts to save a drowning dog, but fails; thus leading Max to come to the rescue. At first, Kenny is jealous because he showed up out of the blue with great Beyblading skills and was also somewhat jealous of his relationship with Tyson, but this soon passes. Max, along with Takao and Kenny, agree to enter the Japan Qualifying Tournament being hosted by the BBA, and comes in first place in Block B. In the semi-finals, he faces Kai and loses. Even though he lost, he offers Kai his hand in order to congratulate him, but Kai scoffs and walks off; a sign of his disregard for Max's skills at the time. Once Takao beats Rei and Kai and becomes the national champion, Mr. Dickenson forms them into a team, named "Bladebreakers" by Takao. They then go off to compete in the world championships. He play's a significant role in the American Tournament in which he desires to compete in order to prove himself to his mom who is on the opposing team. All hope seem's lost for the Bladebreakers at Lake Baikal until Max jumps in and saves the day with his upgraded Beyblade having such high defences that it could hold off Kai's Black Dranzer for some time. During the battle with the Demolition Boys, Max loses Draciel to them, then later Takao defeats Tala and Draciel is returned back to his beyblade.

Max is first seen walking in a parking lot listening to music when he is approached by a mysterious cloaked female beyblader (who is later revealed as Mao) who challenges him to a battle. Max tells her he will not go easy on her just because he is a champion. When it looked like it was time for Max to go on the offensive, the female beyblader charges for Draciel and wins the battle. Stunned by his loss, Max emails Kenny about the incident and learns Takao, Rei, and Kai have also been targeted by cloaked beybladers. They all lost their matches except Kai, who tied his match with his opponent, Dunga. This and another organization known as Team Psykick are targeting the Bladebreakers which prompts Mr. Dickenson to have the team reunite.After the end of the Beyblade World Championships, Max moves back to America with his mother Judy to help her with beyblade research.

The Bladebreakers have their falling-outs this season, with Max trying to be somewhat of a voice of reason when others lose their way. He also grows a bond with the Saint Shield member, Mariam. At the end of the world championships, he and Takao are crowned the winners.

Max lost Draciel twice in this season, to the Psykicks and Zeo.

After the tournament, Daichi Sumeragi takes a liking to Max and sees him as sort of a "person to beat" in order to become world champion, after getting tired of being associated with Tyson. Bright, cheerful and always ready to take on a new Beyblade challenge, Max returns in G-Revolution. He is the first to hear about the new tag-team format of the Beyblade World Championships and alerts the rest of the team to this development. Like Rei and Kai, Max realizes there is a chance he might not be able to compete if he fights with Tyson, so he leaves the Bladebreakers to join the PPB All Starz and gains a new partner, Rick Anderson. Max and his team tie with White Tiger X for fourth place. He seems to be a bit more serious this season than any other. 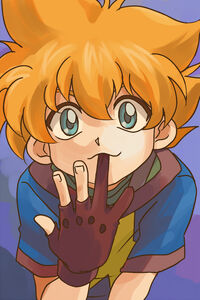 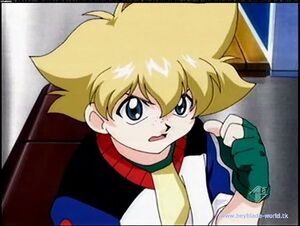 Max in his ppb all starz jacket 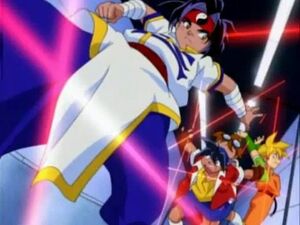 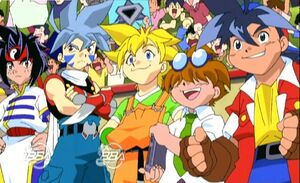 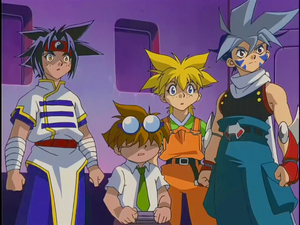 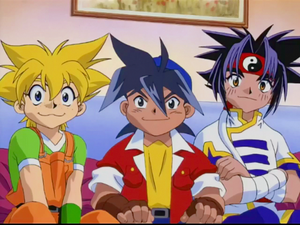 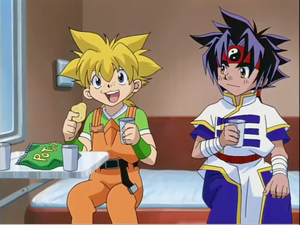 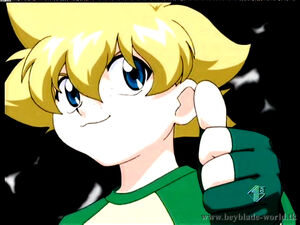 Add a photo to this gallery
Retrieved from "https://hero.fandom.com/wiki/Max_Mizuhara?oldid=1898443"
Community content is available under CC-BY-SA unless otherwise noted.