Stop Vilgax from ever getting Ben's Omnitrix

Defeat the Highbreed, DNAliens and rescue his cousin
Save the Null Void from the wrath of Doctor Animo
Help Ben, Kevin and Gwen defeat Vilgax and Albedo
Kill Ultimate Kevin in his power craze
Defeat Diagon and the omnipotent Vilgax
Take back Earth from the Incursion Invasion (all succeeded)

Magister Maxwell "Max" Tennyson, is the tritagonist of the Ben 10 franchise. He is the best Plumber in the Galaxy (a group of intergalactic law enforcers) and is Ben and Gwen's grandfather.

His plan was to keep Ben and Gwen from being plumbers, but failed terribly. He was also originally going to be given the Omnitrix and is Vilgax's first archenemy.

He is voiced by Paul Eiding, who also voiced Zeus and Roy Campbell.

In the original series, Max wears a white shirt, covered by a red button up shirt with a floral design. He has grey hair and blue pants as well as black shoes.

In Alien Force and Ultimate Alien, Max's appearance did not change except for his blue pants have changed to brown, he has more wrinkles, a slightly darker shirt, and whiter hair.

In Omniverse, Max's appearance has not changed that much except for his brown pants are now white. He has whiter hair, more wrinkles and his eyes have been changed to little black dashes. His white shirt that he wore under his red button up shirt has changed to black. Also, his shoes are now grey at the top and black at the bottom.

Although Max doesn't have any super powers, he is very skilled in combat and can take on anyone who does have them as he is quite athletic for someone of his age. As a retired Plumber, he has access to a variety of various Plumber tools and weaponry, which he uses skillfully. Aside from that, his experience from his Plumber days made him knowledgeable on various species of aliens. He is also able to strategize well and is skilled in inventing new machines. In Moonstruck, it is shown that he is telepathically connected to his lover, Verdona.

Before joining the Plumbers, Max was a United States Air Force pilot, with dreams of joining NASA and going to the moon. As shown in the episode Moonstruck, he was an expert at flying an F-104 Starfighter and was able to shoot down an alien spacecraft.

Although she was stated dead in Ben 10: Race Against Time, Verdona is the paternal grandmother of Ben, Gwen and Ken Tennyson. She is an Anodite, a free-spirited alien race from the distant planet Anodyne. Verdona left her home world in an unspecified time long before the original series even began to go to Earth for unknown reasons. She landed in St. Louis, Missouri where she met and fell deeply in love with Max Tennyson and the two courted each other.

During this time she hid her Anodite heritage very well and blended in with society. They had two known children; Carl and Frank. She then returned to Anodyne to reconnect with her Anodite background, but later returned to Earth to see if her grandchildren had inherited her powers and abilities. Only years later, she realized that her granddaughter, Gwen, had inherited her Anodite abilities. She loved Max for his adventurous and rebellious nature, stating he was similar to Kevin.

During Xylene's early years, she met Max Tennyson, who at the time was a Plumber. She wanted Max to go to Ringa Morr with her, but Max declined it. 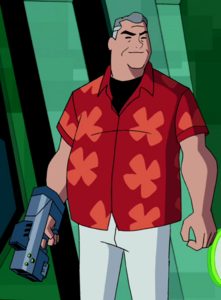 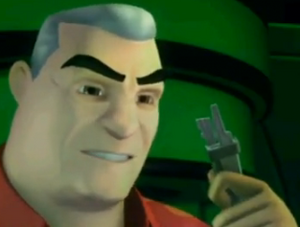 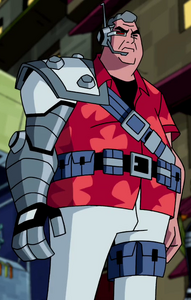 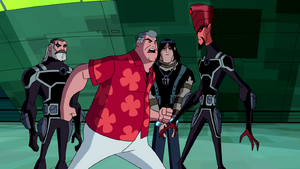 Max Standing up to Servantis and telling truth about Kevin's Father