Heroes Wiki
Register
Don't have an account?
Sign In
Advertisement
in: The King of Fighters Heroes, Male, Honorable,
and 36 more

Maxima (The King of Fighters)

To protect the world from NESTS and evil threats.

Maxima is a character best known for debuting as a member of the Hero Team in The King of Fighters '99; he was inspired by an older SNK character in Robo Army. He was added to the cast with the desire to add a "somber and reliable middle-aged character" to counteract the introduction of multiple teenage characters - though his character bio indicates he is still in his late twenties.

The origins of both K' and Maxima can be found in the Psikyo arcade game The Fallen Angels (堕落天使, Daraku Tenshi in Japan). This obscure 1998 release stars an emaciated goth in tight leather pants named Cool, along with a brawny, cybernetically enhanced police officer named Harry Ness. The man responsible for the design of both characters, Shinichi Morioka, migrated to SNK shortly after The Fallen Angels was released, and elements of Cool and Harry Ness' design were used in the creation of K′ and Maxima. The end result is that Maxima looks nearly identical to Harry. His namesake was taken from an AI program in the light novel Blue Knight Berserga Monogatari (青の騎士ベルゼルガ物語), which is set in the same universe as the anime series Armored Trooper Votoms.

Maxima was a Canadian soldier who led a normal life until he found out that his comrade-in-arms Rocky was killed in an incident involving NESTS. To avenge Rocky, he decided to sacrifice his previous life; he had his face and name changed and his "ordinary" life destroyed. To infiltrate the cartel without being recognized, he had his body cybernetically modified by Dr. Makishima, hence his codename of Maxima. As a cyborg, his strength and reaction time increased to superhuman level with built-in weapons (an originally-blocked hand cannon and a powerful cannon-like weapon installed in his chest) and the ability to conduct instant data analysis. He also has some degree of cyberpathy (he is able to perform feats such as connection to the satellite via cybernetic part of his mind according to Maxima's personal story in KOF: Maximum Impact 2 and K' Team's story in The King of Fighters 2003). These systems are powered by a miniaturized nuclear reactor called the "Maxima Heart", although it's unclear whether his real heart remains as part of those 20% of his body which is still organic or if it was replaced with its artificial analogue.

He infiltrates NESTS and is assigned to be the partner to K'. They both defect from the cartel after K' encounters his clone, Krizalid, and grows sickened by the organization. Since then, he has become K's steadfast companion and he is often the one who enters both of them into the following tournaments.

His satellite network and its ability to hack into banks helps support his and K' during their lives on the run. However, as of late, he notes that it is harder to cover up their tracks and they only have enough money to last a month or two. Like K', he is genuinely surprised to see their names in the KOF XIII lineup. Relenting to Kula Diamond's selfish act seeing as they have nothing better to do, Maxima is also interested in witnessing the consequences of their actions from the last tournament. In their ending, the team spend their vacation on a cruise ship; Maxima told K' to enjoy the fun, but the latter didn't seem interested, while Kula seems to have more fun, making a giant splash around the pool, washing other people ashore. Maxima orders a big ice cream treat in a giant glass cup with many cones around, despite his eatery for sweets, and manages to finish it off. After that, agents appear out nowhere in the cruise, and the 3 prepare to fight the agents with the power of NESTS.

Maxima is very serious about duty and business. He is a very honorable man who suffered greatly when Rocky died. He sees K' as a new Rocky and calls him "Aibou" (相棒, partner). He usually has to apologize for his partner's rudeness with a humble attitude. His mellow nature seems to belie his age, as several characters mistake him for being a few years older than he really is. 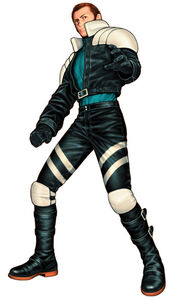 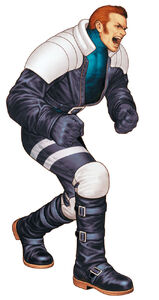 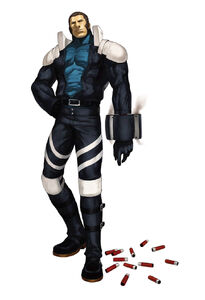 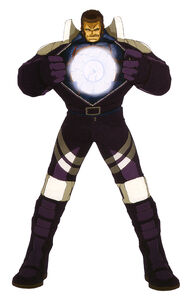 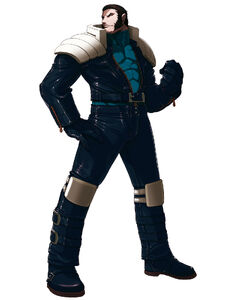 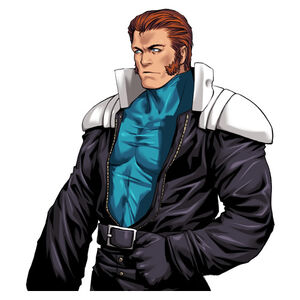 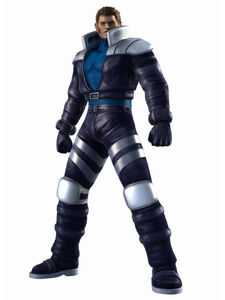 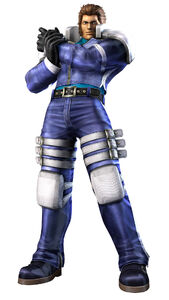 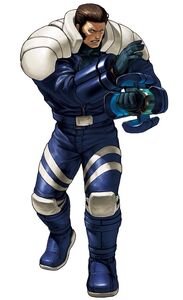 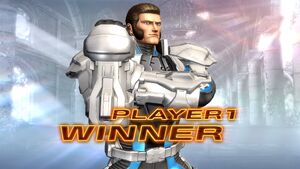 The King of Fighters for Girls artwork